Mazda Shifts From Sporty To Rugged With New SUV 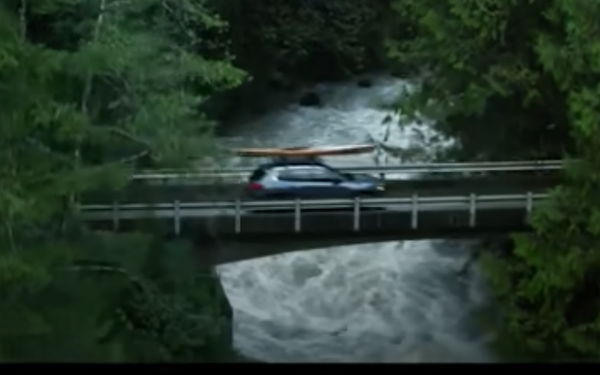 After decades of playing up its sportiness in its appeal to consumers who truly love the driving experience, Mazda is shifting gears.

The automaker is billing its recently introduced CX-50 as “an SUV that clearly says tough and powerful,” according to Naomi Okano, the vehicle’s chief engineer.

I had the opportunity to spend some quality time in the vehicle recently and put it through some serious paces that would challenge even the most capable SUV. I was pleasantly surprised at how planted the vehicle felt on rugged terrain while still remaining nimble around hairpin turns.

At one one point I turned to my co-driver and remarked “Can you believe we are in a Mazda?”

A Mazda executive once told me that he’d never drive an autonomous vehicle, that they would have to “pry his cold, dead hands from the steering wheel” rather than surrender control to the vehicle. He’s no longer with the company -- which is probably a good thing, since adaptive cruise and lane keeping are offered widely in Mazda vehicles as in other brands.

But if you like the feel of driving a manual transmission, the CX-50 offers a manual shift mode, which allows drivers to switch out of automatic and shift the transmission themselves via levers on the steering wheel.

While hardly abandoning its sporty “Zoom Zoom” roots, the automaker is responding to consumer demands for SUVs. And they seem to be responding favorably.

Last year was Mazda’s biggest sales year since 1994, with a total of 332,756 vehicles sold. This represents a 19.2% increase from 2020. And that’s in spite of supply chain issues and the ongoing pandemic.

Mazda’s move to an all-AWD CX lineup shows its dedication to providing an enhanced driving experience for all owners in a variety of terrain.

Mazda recently debuted a long-form video and a 15-second cutdown to introduce the CX-50.

The one-minute-and-42-second spot, launched last fall, shows a father and daughter taking the vehicle (complete with a cedar kayak on its roof) through beautiful scenery on the way to the water. The voiceover states that the vehicle was “born of a reverence for nature.”

The cutdown (which features shots of the vehicle without the kayak) includes the voiceover “for those who appreciate the hidden and the unhidden. Every turn in the road and every turn without a road. In an adventure called life.”

The goal of the creative is to show how nature has a rejuvenating effect, says Brad Audet, CMO of Mazda North American Operations.

“CX-50 is the perfect vehicle – physically and metaphorically – to inspire drivers to explore nature,” Audet recently told DriveTime. “The car is a partner, an enabler, in the experience.”

There won’t be a lot of mass media in the mix, he says.

“We will be focusing on experiential activities in individual markets,” Audet says. One activation planned is in conjunction with ski resorts in California, Colorado, Utah, Washington, and Wyoming, since the vehicle’s target is outdoor enthusiasts.

Social is also a big part of the equation, he says. The brand recently engaged prospects in an unusual way. Without showing or talking about the vehicle, Mazda spent 50 straight hours at the end of March live-streaming the sights and sounds of nature to social feeds around the world.

The brand’s channels went live simultaneously across YouTube, Instagram, Facebook and Twitter, and viewers took a break from scrolling and explored the restorative effects of being in nature by watching just this literal stream, hearing running water, birds and wind, broadcast day and night.

The livestream was the longest continuous streaming event to ever appear on YouTube Masthead, translating to 26 million impressions. Over 2,500 Twitter viewers watched for longer than 30 minutes, according to the brand. In total, viewers across platforms watched The livestream for more than 3 million total minutes.

Its a soft-sell approach to marketing but clearly one that resonates with consumers. Now all that’s left is getting consumers actually behind the wheel in the automaker’s more-than-capable SUV.