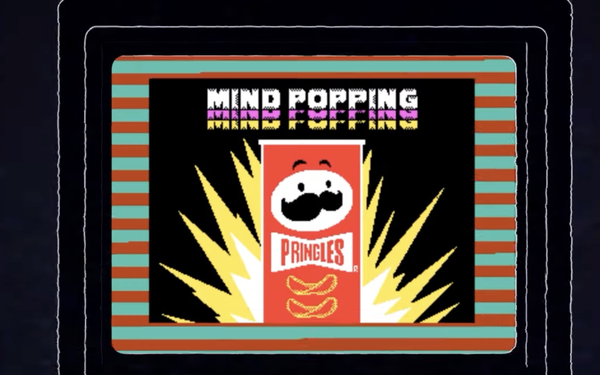 Several recent ads have hearkened back to ‘90s nostalgia. To those, we add one more: This ad from Pringles celebrates the “OGs” who have stayed in the game since gaming began.

For anyone old enough to remember, the orange letters on a black screen with bring back memories, as will the sound of a modem making contact with a host. This ad, via Grey, London, celebrates that 1990s technology, but also the 1980s technology that spawned it.

The system, called the ZX Spectrum -- a.k.a. “The Speccy” -- was launched almost exactly 40 years ago in the U.K. and was a precursor to the World Wide Web, which didn’t come around until 1991.

Pringles sent the sound out a few days ago to celebrate the 40th anniversary of the Speccy. As this ad explains, the sound was actually binary code that, when loaded on The Speccy, would play a game. But Pringles wasn’t sharing a game, it was sharing a chip.