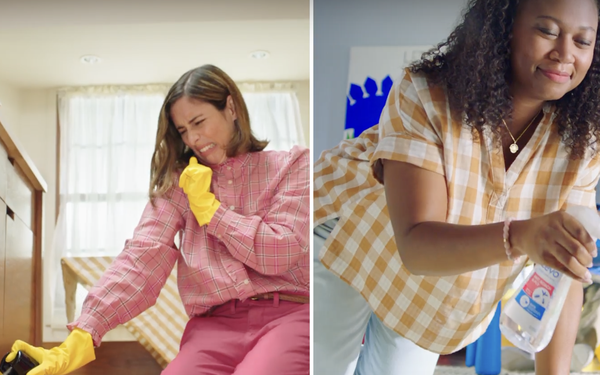 Bug season has arrived and will be around through October, according to Procter & Gamble. So P&G is concurrently running the first national campaign for its first-ever insecticide, Zevo.

Launched in 2019 by the firm’s early-stage startup studio P&G Ventures, Zevo products include a Flying Insect Trap and a Multi Insect Killing Spray. Each has gotten its own :30 spot in Zevo’s “People Friendly, Bug Deadly” campaign, with creative and media from P&G’s Cincinnati neighbor, the Curiosity agency.

All the creative elements play up Zevo’s blend of safely and effectiveness by contrasting the use of Zevo with how older insecticides have worked.

The brand is marketed as a natural way to actually eliminate bugs, which appears to have been an unmet need in America’s households.

“When unwanted bugs enter our homes, most of us are faced with two unsatisfying choices: either pull out the traditional chemical sprays knowing they’ll do the job but not knowing how we feel about spraying them in the house, or use natural or DIY hacks that give us peace of mind but aren’t very effective,” Rick Mason, Zevo communication manager, told Marketing Daily.

With Zevo, Mason said, “there’s no trade-off -- it effectively eliminates bugs while also being safe for use around people and pets when used as directed.”

According to its website, Zevo’s formula uses “essential oils and other [nonspecified] familiar ingredients you can feel good about” to shut "down biological pathways found in insects, not in people or pets.”

“In just a few short years,” Mason stated, Zevo, by using a digital-first approach and category-first influencer marketing, has “grown considerably, awakening a sleepy insecticide category that about half of U.S. households opt-out of.”

That category includes such heavyweights as S.C. Johnson’s Raid, but Mason said that Zevo is also “trying to bring new consumers into the category who chose to opt out, and instead have compensating behaviors that can be inconvenient -- rolled up magazines, fly swatters, shoes, etc.”