New Now Campaign Focuses On What Good Health Feels Like 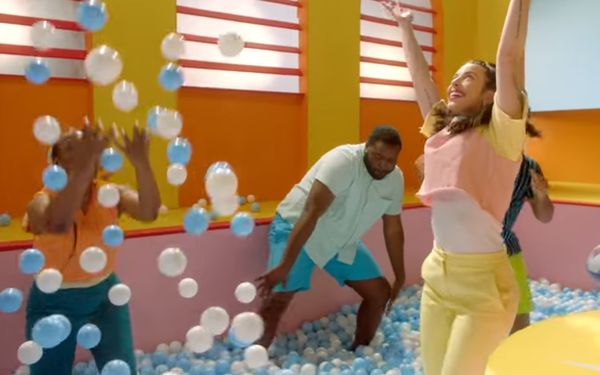 Now, marketer of vitamins, supplements and other health-related products is out with a new ad campaign—its first from Milwaukee-based Hanson Dodge. Now named HD its first-ever national agency of record in February.

The premise of the new campaign is that you can “feel good spending less with Now.”  The work seeks to differentiate itself from much of the “sameness” in the category.  Instead of typical images intended to show what health looks like, such as people doing yoga, making homemade smoothies or hiking in the beautiful outdoors the new NOW campaign focuses on demonstrating what good health feels like.

In a series of TV, print, digital and social media ads, we see high energy moments and vibrant and joyous colors, accompanied by up-tempo soundtracks and laughter – elements intended to appeal to Now’s desired target audiences, which range from millennials who want to start focusing on their health to people already actively doing things to promote a healthy lifestyle.

The multi-million-dollar effort launches this week and will run through the end of the year.  “Feel Good Now” messages will appear in magazines such as Women’s Health and Real Simple, on over-the-top TV, digital out-of-home and displays, and streaming audio.  There’s also an event planned in partnership with Real Simple in Florida in September.