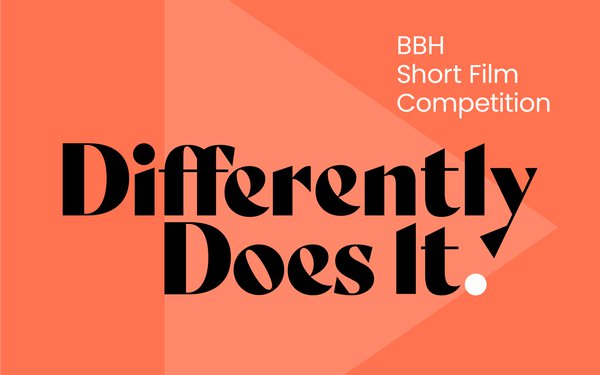 BBH is marking its 40th year with the launch of a global short film competition.

Four filmmaking teams from four countries will be commissioned, with the aim of finding more diverse voices in film and supporting the next generation of creative talent from around the world.

The competition, dubbed, ‘Differently Does It’ will launch in the UK, U.S., Shanghai, Singapore and Mumbai, with a remit themed around “Difference.”

Applications will be accepted during a four-week period via a dedicated portal starting today (May 4). The four winners will be selected in July, with each receiving a budget of £20,000 to create four short films.

In addition, they will receive a masterclass from a prominent director and creative guidance from BBH creative leaders to support the execution of their vision.

The films will premiere in a showcase in London in December 2022 and launch on the international film circuit at the end of the year. The four winning teams will be selected from across BBH’s locations, with one winner from the UK, one from the U.S. and two from Asia.

“We are incredibly excited to be launching this worldwide film competition to celebrate difference and support diversity in the industry,” stated Amani Duncan, CEO, BBH USA.