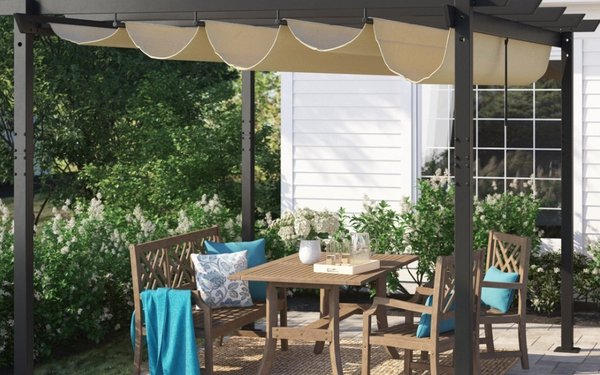 Image above from Wayfair ad.

The problem isn’t weak consumer spending. Last month, the company's annual “Way Day” sale was its best ever, despite a 23.4% drop in active customers to 25.4 million.

Still, ecommerce is losing its shine as people return to stores. MasterCard says in-store shopping increased 10% for the month, while ecommerce sales slipped 1.8%.

Observers had expected Wayfair’s sales to decline. But the drop in profits took many by surprise, as did the tepid forecast for the quarter ahead.

“As the company attempts to balance a slowing demand environment and the long-term needs of the business, the balancing act is becoming increasingly difficult in a deteriorating macro environment," writes Seth Basham, an analyst who follows Wayfair for Wedbush Securities.

He calls its declining customer numbers and shrinking order size “yellow flags.” He adds that the sharp jump in customer acquisition costs this quarter, up 51% to record levels, is particularly concerning.

“One could argue the company is destroying value, as it would take 19 months to recover customer-acquisition costs,” he says, including marketing and advertising spending. “The company churned out as many customers in the past four quarters as it acquired in the prior four (meaning it has an average customer life of at most one year).”

The reset, which has even bruised Amazon, which recently reported a 3% decline in ecommerce sales, comes as consumer spending is relatively healthy. And people are still feathering their nests, despite many returning to the office.

MasterCard says total retail spending gained 7.2% from April of last year, a hefty 15.3% compared to 2019. (Those numbers haven’t been adjusted for inflation.)