Volvo Puts Stake In the Ground For Eco-Friendly Vehicles 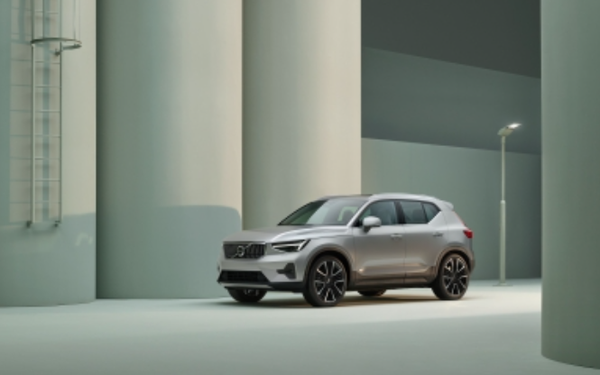 Automakers and consumers alike are “abuzz” when it comes to EVs and the price of gas is only “fueling” the fire.

Quips aside, the latest automaker to make their intentions known is Volvo Car USA, which just last week announced that the entire 2023 lineup in the U.S. will consist of mild hybrid, hybrid or electric vehicles equipped with Google built-in.

With the popular XC90 and XC40 SUVs, as well as the V60 Cross Country, now receiving mild hybrid engines as standard (badged B4, B5, and B6), the Swedish luxury car brand says it is making good on its sustainability commitment to electrify its full range of vehicles.

The effort reflects another step toward offering only pure electric vehicles by 2030 and being carbon-neutral by 2040.

If you aren’t familiar with the term “mild hybrid,” it’s pretty simple. Also known as power-assist hybrids or battery-assisted hybrid vehicles, vehicles in this category have a traditional internal combustion engine that is paired with an electric machine that allows the engine to be turned off when the car is coasting, braking or stopped.

When these vehicles first came out, they took a bit of time to get used to driving. The engine quite literally turns off at red lights and the car becomes extremely quiet, leaving you to wonder if it’s really going to go again when you hit the gas. But let me assure you, it does just fine.

As Volvo points out, for consumers without easy access to charging, mild hybrids offer increased efficiency over their predecessors, yet never need to be plugged in.

Google built-in – already standard on the full-electric C40 Recharge and XC40 Recharge, the XC60, S90, and V90 Cross Country—rolls out to the entire Volvo Cars range for model year 2023.

As part of the Google ecosystem, Volvo cars now offer a “seamless transition” between digital life at home and on the phone, bringing customers’ digital lives, and much greater personalization, directly into their cars.

The vehicles feature Google Assistant for voice control, Google Maps as the native navigation system, and the Google Play store for additional apps.

With the upgraded infotainment system comes the ability to receive over-the-air updates. All new 2023 Volvo cars are capable of receiving and installing software upgrades remotely. As software updates are rolled out, each 2023 Volvo car is expected to continue to improve over its lifetime.

Tesla was the first to offer over-the-air updates, and now the feature is making its way across automakers. Eventually all vehicles will be able to do it. It’s not a lot different than updating your smart phone, and important for keeping automotive computer systems running smoothly.

If you are a fan of the EV revolution, check Marketing Daily on Wednesday for my “first drive” review of the Ford F-150 Lightning pickup.