Screen Time: Smart TV Makers Looking For You -- As You Look At The Screen 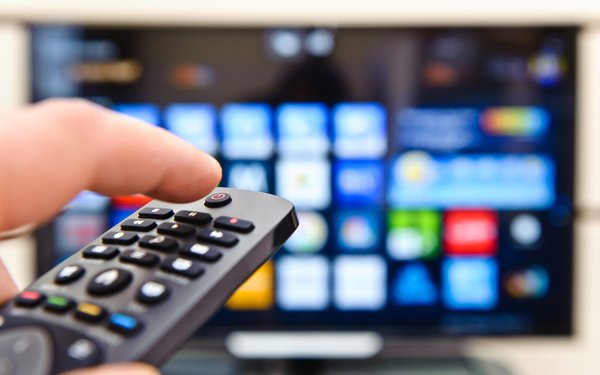 Turning away from the pixels not an option? Your dongles are dead, according to Samsung.

Those are the devices from the likes of Roku, Amazon, and Google that sit by your TV set, or are attached closely to the back.

Surely, consumers want to eliminate many set-top-box devices. But maybe we need to think about all devices in the mix -- mobile phones, tablets, laptops, and desktops.

Getting rid of some at-home screen activity? Seems like it's going in the other direction.

Surely, Peloton may have figured out how to use technology -- the internet, a big TV screen, and a bike -- to get people in shape on a rainy day, or just more conveniently. That isn't a bad thing.

Real-life, non-screen media activity is a chore. And is that why you can't learn to play guitar more easily? Yes, that bouncing ball Guitar Hero looks cool, but it really can't make you shred well.

Figure that future smart TV set makers will try to add stuff you have not thought about -- perhaps more associated with the needs of entertainment consumers.

Consumers change out their TV sets roughly every seven years -- at a much slower rate than ditching iPhones for a new model.

What else can a TV set do for you?

One important bit of news is that electronic program guides and other on-screen consumer interfaces keep improving.

I'm guessing that some of this could slow down the multi-tasking of keeping your mobile phone close at hand (or in hand) while watching the big TV screen.

Some older TV-set technology -- perhaps now out of favor -- would allow you to make a phone call from your TV set itself, and even texting. But all that does not seem personal enough.

The makers of big living-room screens want to remain key and powerful to your screen time. They -- and the landline phone -- were the original electronic devices that connected us.

What is left to do now?