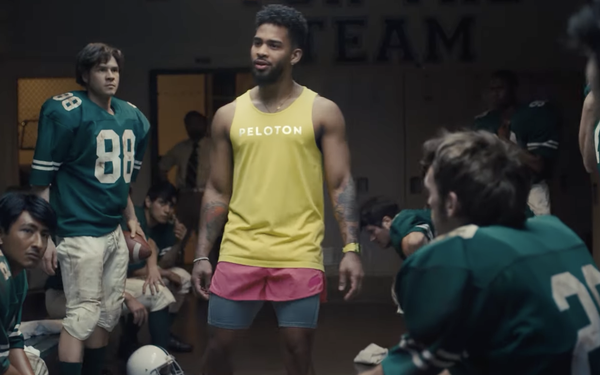 Peloton is attempting to rally the faithful with a TV campaign themed “Motivation that moves you.”

A 60-second ad starts with football players who are presumably hearing a motivational talk during a losing halftime. “If you’re sitting there thinking of quitting, don’t,” the coach says. Then the images shift to an executive in a boardroom meeting, who is hearing a similar talk.

The campaign, via Mother, Los Angeles, comes as the company has hired a new CEO, Barry McCarthy.