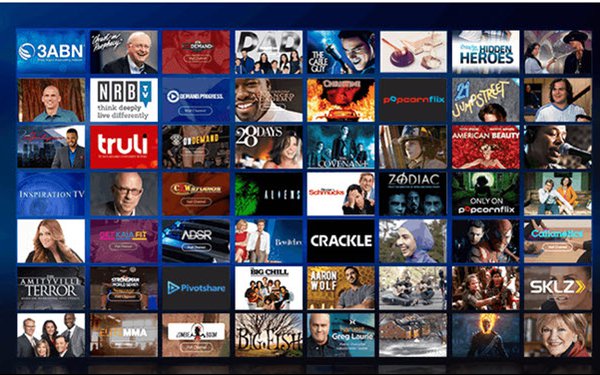 The streaming industry’s consolidation and the growth of ad-supported video-on-demand (AVOD) continue to accelerate.

Chicken Soup for the Soul Entertainment — owner of Crackle and one of the largest AVOD streaming operators — is acquiring Redbox.

The $375 million all-stock merger, already approved by both boards, includes the assumption of Redbox’s $321 million debt and $50 million in Chicken Soup for the Soul stock. Chicken Soup stockholders will own about 76.5% of the combined company, and Redbox stockholders will own about 23.5%. The acquisition is valued at about $31 million, according to Bloomberg -- a big drop from the $254 million valuation Redbox had traded for before the deal was announced. In addition to taking on Redbox's debt, Chicken Soup has secured the company a new term loan.

The combined company plans to continue DVD rentals via the Redbox dispensers (which generated 64 million rentals in 2021), and leverage synergies among the assets, but is emphasizing the benefits of an expanded ad-supported streaming footprint and growing advertising revenue opportunities.

Ad spend on connected TV platforms increased 57% in 2021 and is projected to growth 39% this year, according to the Interactive Advertising Bureau (IAB).

“More and more viewers are embracing ad-supported streaming offerings in a content environment characterized by cord-cutting and saturation of high-priced subscription services,” said William J. Rouhana Jr., chairman and chief executive officer of Chicken Soup for the Soul Entertainment. “Near term, these conditions are even more acute against a macro backdrop of rising inflation and economic uncertainty.”

The company is a subsidiary of Chicken Soup for the Soul, LLC, which publishes a book series and pet food under the brand.

Redbox has 40 million customers in its loyalty program and digital television assets including carriage of more than 130 FAST digital channels on its Free Live TV platform, as well as a transaction-based VOD (TVOD) and premium video-on-demand (PVOD) platform.

The new company will have greater scale across content production and distribution -- including a large content library, more than 38,000 kiosks nationwide, and digital capabilities in AVOD, transaction-based VOD (TVOD), premium video-on-demand (PVOD) and free, ad-supported streaming (FAST) – as well as access to millions of targeted customers, including nearly 40 million Redbox Perks loyalty members.

“Our acquisition of Redbox will accelerate the scaling of our business as it combines complementary teams and services to create the streaming industry’s premier independent AVOD,” stated Rouhana. “Together, we will build a fully developed AVOD and FAST streaming business: proven branded streaming services, formidable content and production capabilities, and a strong AVOD and FAST ad sales operation.”

“By joining forces, we will accelerate Redbox’s transition from a physical to high-growth digital media company” focused on value for consumers, added Galen Smith, chief executive officer of Redbox.