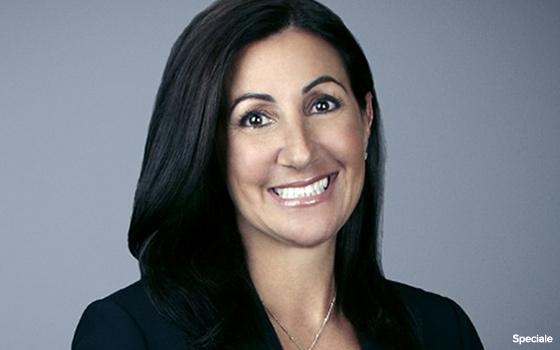 TelevisaUnivision is not alone when it comes to offering new streaming platforms.

But it might be in a singular position in terms of how its linear TV viewing has been performing -- showing growth compared to other major TV sellers that may see flat results at best.

Donna Speciale, president of U.S. advertising sales & marketing at TelevisaUnivision, says that season-to-date, the Univision TV network is up 18% and 7% higher when looking across all of Univision’s broadcast and cable networks.

And that has helped bring in new marketers. Over the last year, Speciale says, 200 new advertisers for the company have been added -- including some key categories, as well as expanding with pharmaceutical and finance marketers.

But the job is not done: “Two hundred is amazing, but it is nowhere close to where we need to be," she says. “There are still hundreds [who haven’t bought in]”.

Even those that dip their toes in the overall Hispanic market should not just target viewers with generic, English-language advertising.

With Hispanic-Americans now comprising 20% of the U.S. population and expanding rapidly, marketers are focused on buying more Spanish-language TV.

“One thing I always say is 'reaching' is not ‘connecting'," she says. “They are definitely Hispanics who are bilingual. But hitting them at the heart of their language is Spanish. That passion point is unbelievable.” And that means buying on the likes of Univision.

All this comes as Univision is expanding its strong position into new streaming platforms -- ad-supported VIX and subscription service VIX+.

Speciale says Univision’s streaming effort is unique. “We are not reskinning Univision. We are not taking any of the content off of linear, putting it on the platform -- like other companies do.”

Now what is left is to push more advertising and higher budgets from existing TelevisaUnivision networks and platforms. That comes with new data tools.

Last year at its upfront presentation, Speciale said the company would be starting up its own first-party data graph for marketers to use, which she says covers 85% of all U.S. Hispanic households due to Univision's dominant Hispanic media platforms

This is extremely important, she says. In comparison, other first-party data sets from media sellers only get around a 55% coverage level at best.

Speciale says: “So how are you getting business outcomes and KPIs when you have half the representation of the people you are trying to reach?”

The good news for this upfront period for Univision is that over 90% of its viewing is consumed live -- and live TV programming still gets a premium for marketers.

“We have telenovelas that are on all time -- almost all original programming. We kind of had binging before binging was binging.” she says.

Overall, there is a different dynamic at work where networks are looking to drive strong viewing and advertising on their linear TV viewing to their own streaming platforms to maintain reach levels.

Speciale says: “We are not experiencing the same stuff as what is going on with other media companies.”