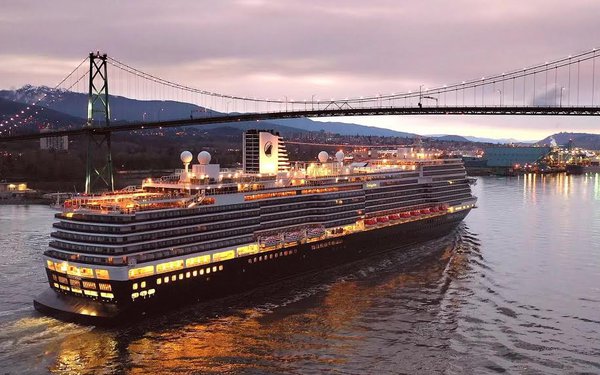 Ad agency Curiosity is sailing in new waters. It's been named creative AOR for the Holland America Line.

The remit is to focus on Holland America Line’s destinations, especially Alaska, Europe and the Caribbean. The company, however, has 400+ ports of call on seven continents. Cruise attractions include Music Walk, which houses Lincoln Center Stage, B.B. Blues King’s Club, and Billboard Onboard, to its renowned personal service. Dining venues are augmented by its culinary council of world-famous chefs.

“We are focused on growth — but my vision for growth brings brand strategy and performance marketing together – complementing not competing with one another. Our strategy is the opportunity to leverage the brand’s rich brand heritage and history of innovation to offer more than just cruising. We can be a lifestyle for people who want to travel by sea/vacation at sea.” Kacy Cole, vice president of marketing for Holland America Line, told Agency Daily.

She added new work is timed to the launch of the company’s 150th anniversary in October.

Holland America Line has been exploring the world since 1873, the first cruise line to offer adventures to Alaska and the Yukon nearly 75 years ago.

While Curiosity is not Holland America’s first agency, there has been no agency of record in recent years. The Cincinnati-based shop has had a run of wins recently, including Fresh Direct and Stoli.