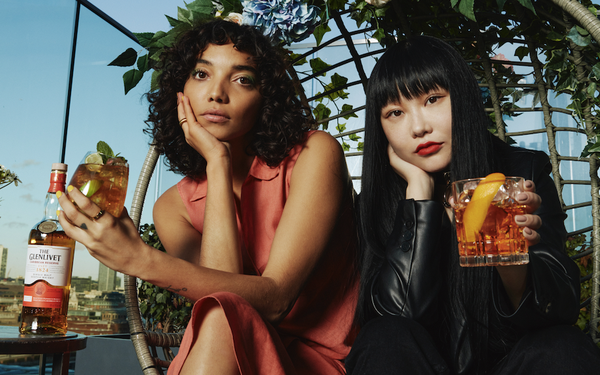 Search for “whisky drinker” on Google Images and you’ll find lots of photos of older whiter men. But not quite as many as you would have back in December.

The brand says the algorithm-busting hack has paid off, with results available visually via an image search for “whisky drinker.”

And today, The Glenlivet, which says that whisky drinking now extends beyond old connotations of age, gender and race, breaks a “Break the Stereotype” campaign across paid digital, owned social channels and an e-newsletter.

Running through June, with creative from CPG London and media from Wavemaker, the campaign features a 69-second spot showing the “before” and “after” -- and inviting viewers to advance the cause by sharing their own algorithm-busting photos by using the hashtag #BreakTheStereotype and tagging @theglenlivet.

The Glenlivet’s description of today’s changing whisky drinker isn’t just brand hype either, judging from Pernod Ricard research in 2020 that found a third of whisky drinkers globally are now women.

“We know there is a diverse range of whisky fans across the globe, and that continues to grow,” declared Miriam Eceolaza, global marketing drector, The Glenlivet & Single Malts at Pernod Ricard. “Yet the old stereotype surrounding whisky remains.”

Further supporting its cause, The Glenlivet today announced it would support up to 30 participants in the Education & Mentorship Project of Equal Measures, a London-based group that works to increase diversity in the drinks/hospitality industry.

The campaign will coincide with another U.S. campaign from The Glenlivet, running May-June, that challenges other preconceptions about whisky -- namely, when and how the spirit can be enjoyed. Called “Whisky & Summer,” this will use paid, owned, earned and influencer content.

In Australia and New Zealand, meanwhile, a campaign titled “Obey The Rules. Miss the Fun” debuted a month ago, with several spots starring Oscar-winning actress Anna Paquin (“The Piano”) striking down whisky stereotypes, both about who drinks the spirit and how it can be drunk.

“Whisky doesn't care what's between your legs, so why should we be told to follow these rules?" Pacquin asks in :60 and :15 spots.

There are two other :15s, one with Pacquin declaring, “They’ll tell you a single-malt Scotch should always be drunk straight. You know what? I don’t do straight.” The other has her declaring that Glenlivet is “best enjoyed however the bleep you want."