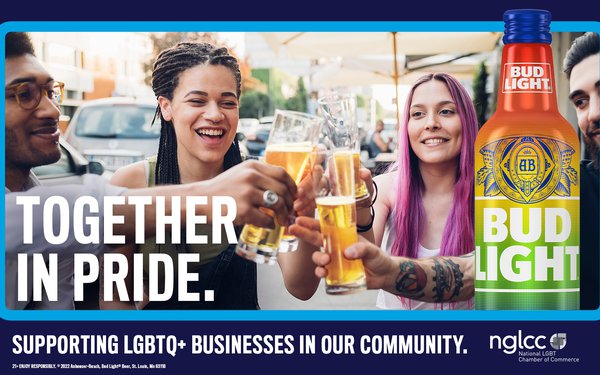 When it comes to target audiences, the two largest beer companies -- Anheuser-Busch and Molson Coors -- seem to have all bases covered.

Yesterday, we looked at how they’re courting rural drinkers with campaigns for Busch Light and Keystone Light respectively.

Now let’s see how these alcohol giants are heading into both Memorial Day this weekend and Gay Pride Month next week with activations for Molson Coors’ Miller Lite and A-B’s Bud Light and Budweiser.

On the LGBTQ side, Miller Lite has published a book, “Beers and Queer History” by Dr. Eric Cervini, which tells the stories of 10 iconic gay bars across the country, ranging from The Stonewall Inn in New York City to Club One in Savannah, Georgia. The book is available through the brand’s website for $19.33, marking the founding date (1933) of Café Lafitte in New Orleans, reportedly the nation’s first known queer bar.

All proceeds will benefit the Equality Foundation, and, as part of an ongoing partnership with that nonprofit, Miller Lite has also released an “Open & Proud” training guide designed to increase inclusivity at bars, restaurant and other venues.

Bud Light, meanwhile, has announced a partnership with the National LGBT Chamber of Commerce. The brand will donate $200,000 to the group to support initiatives for local businesses, along with a second donation of local media inventory to promote such businesses.

The latter effort will use custom creative in such markets as Denver, Houston and San Francisco, the brand told Marketing Daily. Media will include billboards, signage at local bars and restaurants, and social media sharing.

Bud Light will also bring back its annual Rainbow cans from May 30 through the month of June. 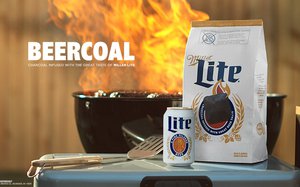 Working with production company Unicorns & Unicorns, Miller Lite has coated charcoal with a concentrated form of its beer. “When burned, this special charcoal releases the taste of Miller Lite, wrapping whatever you're grilling in a smoky beer blanket,” the brand says.

Miller Lite suggests using Beercoal to grill such dishes as “Baby Back Ribs with Beer Glaze” or “Buttermilk and Beer Grilled Chicken Sliders.”

Beercoal is available in four-pound packs costing $11.99 from through Memorial Day at MillerLiteBeercoal.com.

The brand promises special marketing events every month, with something unspecified planned for Father’s Day in June and, most probably, Independence Day in July and Labor Day in September.

“Summer Loves Beer” will continue Miller Lite’s “Tastes Like Miller Time” theme, including jabs at competitor Michelob Ultra, according to the Molson Coors’ Beer & Beyond blog. It will also mark the return of Miller Lite’s special Americana packaging.

And, speaking of packaging, Budweiser is taking its annual splurge into red-white-and-blue patriotic cans.

This year, it’s replaced its own name with the word “Freedom,”; replaced the “King of Beers” slogan with the words “Let it Ring,”; and replaced its manifesto, which leans into product description (“a taste, a smoothness and drinkability you will find in no other beer at any price”) with a call to patriotism: “Here’s to the freedom that unites all Americans,” it begins.