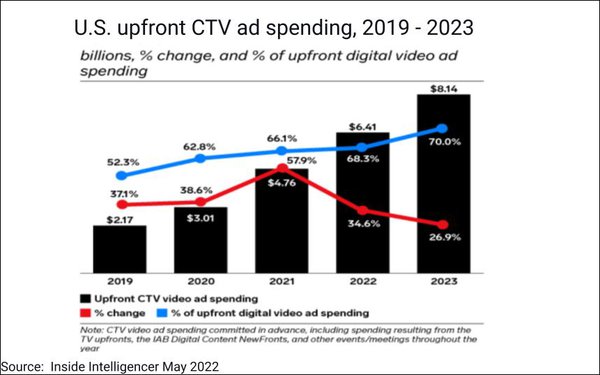 The CTV ad market has grown so rapidly that this year’s upfront spending alone is on par with total, full-year CTV spend just three years ago.

The vast majority of upfront digital video dollars are being dedicated to streaming services.

CTV is eating up a larger share of digital budgets, and upfront spending accounts for about a third of total CTV ad spending.

eMarketer explains that its upfront CTV video ad spending forecast is similar to its upfront digital video estimate, in that both include ad spending committed in advance from the TV upfronts and IAB NewFronts.