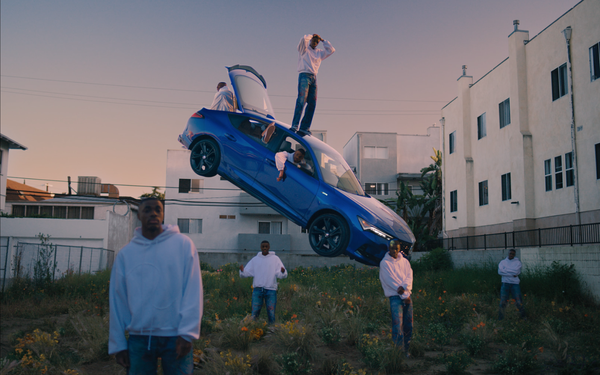 Vince Staples, 28, is the star in the multichannel “Your Turn” campaign, which debuts tonight during the NBA Finals and will run through the summer.

The new Integra returns an iconic nameplate to the Acura lineup, according to the automaker. Like the original Integra, which helped launch the Acura brand in 1986, the redesign includes a “fun-to-drive spirit.”

With a turbocharged engine and an available six-speed manual transmission, the new Integra was developed with enthusiast drivers in mind, says the automaker. The first customer deliveries of the vehicle begin today.

The three spots featuring Staples are set to tracks from his latest album, “Ramona Park Broke My Heart.”

In "Magic", "Lemonade" and "Slide", the Long Beach, California native showcases the compact’s five-door design and premium interior. The automaker started running a 15-second teaser spot for the vehicle a few weeks ago. All spots are from Los Angeles-based AOR MullenLowe.

Acura says Staples was key in bringing “Your Turn” to life, from collaborating on the visuals, to aligning the campaign’s look and feel with his music.

The effort aims to celebrate the relationship between cars and an owner’s identity, says Meliza Humphrey, senior manager, Acura marketing.

“Vince Staples’ artistic vision and musical style align very well with Acura’s bold, youthful and challenging spirit,” Humphrey says in a release. “Vince’s latest songs, along with his influence on the campaign’s aesthetic, help showcase how much fun next-gen Integra customers can have behind the wheel in a fresh, creative way.”

The partnership with Staples follows recent Acura collaborator Andreas Wannerstedt, the 3D graphic artist behind the limited edition Integra NFT. As customer deliveries begin today, base Integra NFT owners will be able to upgrade their NFT into an exclusive artistic representation of the next-gen Integra, also created by Wannerstedt.

Acura is also the first automaker to open a digital showroom in the metaverse with Acura of Decentraland, featuring the next-gen Integra and currently open to all visitors at www.acuraverse.com.