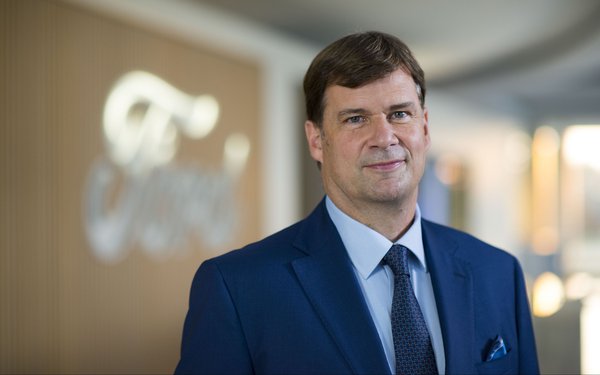 Ford Motor Co. CEO Jim Farley had some strong words about the cost of advertising during a conference last week.

Farley, who was at Toyota and Lexus before joining Ford in 2007, talked about the success Tesla has had without spending a dollar on advertising. Farley compared it to Scion, the Toyota brand he helped launch that was phased out after the 2016 model year.

Ford has done minimal traditional advertising for its enormously successful F-150 Lightning and Mustang Mach-E electric vehicles, which are both sold out for the foreseeable future.

“I'm not convinced we need public advertising,” Farley said, according to Seeking Alpha, which provided a transcript of the interview at the Bernstein 38th Annual Strategic Decisions Conference. “We spend $600 to $700 on a vehicle to promote it, and we spend nothing post-warranty on the customer experience.”

The model for ad spending is “messed up,” he says, adding that it would do more for customer satisfaction and loyalty to bring them in after a year for a “birthday” event where dealers would do a complete detail of the vehicles including checking to make sure all the software is up to date.

“We should be doing stuff like that instead of doing Super Bowl ads,” Farley says. “If you see a company doing -- if you ever see Ford Motor Company doing a Super Bowl ad on our electric vehicle, sell the stock.”

The remark was likely a knock at cross-town rival General Motors, which has featured its EVs in spots during Super Bowl for two years running.

Farley looks to Tesla -- which does no consumer advertising -- as an example of how automakers can make more money on electric vehicles vs. gas-powered models.

“We lost the battle on content 10 years ago without knowing it,” Farley says. “Navigation, movies, music, we had no rights to that. I told my team, stop it. Stop writing navigation systems, buying maps, let's just go to Google or Apple and make it easy for customers.”

Advanced Driver Assistance Systems, which include technologies like pedestrian detection/avoidance, lane departure warning/correction, traffic sign recognition, automatic emergency braking and blind spot detection, are becoming increasingly standard and expected by customers, so automakers will no longer be able to offer them for an up-charge.

“I think what we're seeing is, very specific things are chargeable,” Farley says. “And you better have a very integrated, directed software, customer-facing software plus physical experience that will differentiate you in a long-lasting way, or else it will be a commodity.”