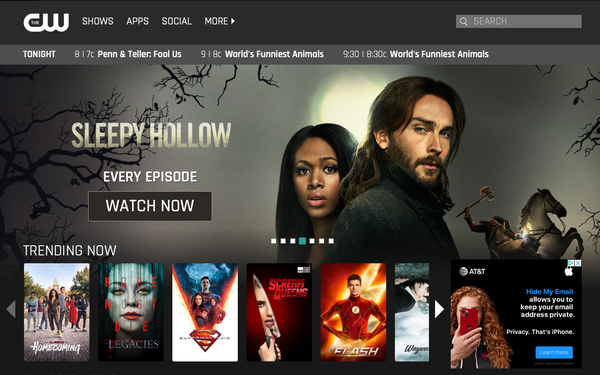 Like other broadcast networks, The CW has finished its upfront deal-making at “high single-digit/low double-digit” price gains, according to an executive.The network has sold out around 80% of its inventory with strong digital revenue gains. “Volume was good,” according to the executive.

Media execs estimate the CW’s upfront dollar volume at around $500 million and $600 million. A CW representative had no comment.

A year ago, The CW -- a young-skewing channel -- gained sky high cost-per-thousand viewer (CPM) increases of 19% and 21%, according to media executives -- on par with the price increases of other broadcast TV network groups in that upfront market.

In January of this year, reports said the co-owners of the CW -- ViacomCBS and WarnerMedia -- were exploring a possible sale of the CW. Both companies have had a 50-50 partnership in the network since 2006.

A deal for the CW Network may not necessarily be for the entire network. It may involve a reconfiguration of the equity stakes now owned by new corporate entities -- Paramount Global and Warner Bros. Discovery -- and could include a new equity owner.