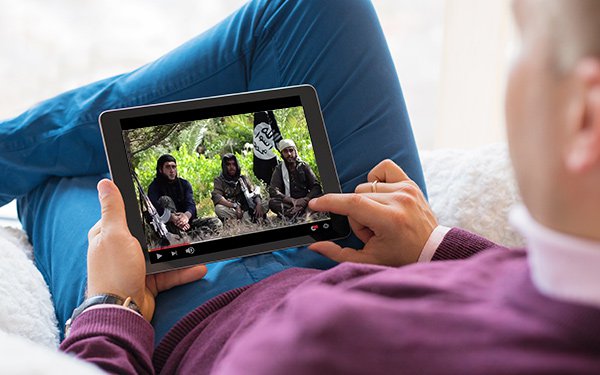 Google is urging the Supreme Court to leave in place an appeals court's dismissal of a lawsuit accusing the company of assisting the terrorist group ISIS by recommending its videos to YouTube users.

In court papers filed Tuesday, Google argues that the 9th Circuit Court of Appeals rightly decided that Section 230 of the Communications Decency Act protects web companies from liability for hosting material posted by third parties, as well as for allegedly recommending that material.

“Review is not warranted because the decision below is limited and correct,” Google writes.

The dispute stems from a November 2015 terrorist attack in Paris that killed 23-year-old Nohemi Gonzalez, a California State University student who was studying abroad in France.

Her family sued Google, alleging that the company not only allowed ISIS to post videos to YouTube, but also helped ISIS spread terrorist propaganda by recommending its videos to other users.

A trial judge dismissed the lawsuit, and the 9th Circuit Court of Appeals refused to revive the family's case.

The family then asked the Supreme Court to hear an appeal, arguing that Section 230 shouldn't protect companies from lawsuits over recommendations made to social media users.

Google counters that Section 230 doesn't just immunize websites for hosting content created by users, but also for traditional editorial functions such as “curating and displaying” that content.

The company adds that its 2015 YouTube design -- which involved automatically adding videos to users' queues based on prior viewing history -- was comparable to “a newspaper putting a story of interest to international readers on the cover of the international edition.” (Since 2015,

“YouTube does not produce its own reviews of books or videos or tell users that a given video is 'terrific,'” Google argues. What petitioners challenge is YouTube’s display of content responsive to user inputs.”

The company added: “Every publication tells a reader how to access content -- 'click here' or 'read on' -- and implicitly represents that the content may be worth reading. If that suffices to support liability, Section 230 would be a dead letter.”

Google also argues the Supreme Court should decline the case because Congress might revise Section 230.

“This court’s intervention would also be premature because Congress currently has before it over a dozen proposals to modify Section 230,” the company writes, adding that one proposal would repeal Section 230 protections for some types of personalized recommendations.

Two years ago, the Supreme Court refused to hear an appeal in a similar dispute involving Facebook.

In that matter, attorneys for victims of terrorist attacks in Israel argued that Facebook's alleged use of algorithms to recommend content should strip the company of immunity.

A panel of the 2nd Circuit Court of Appeals voted 2-1 in favor of Facebook.

Circuit Judge Christopher Droney, who authored the majority opinion, wrote that web publishers typically recommend third-party content to users -- such as by prominently featuring it on a homepage, or displaying English-language articles to users who speak English. Basing those recommendations on algorithms didn't make Facebook liable, Droney wrote.

Since then, Supreme Court Justice Clarence Thomas has repeatedly suggested that lower court judges have interpreted Section 230 too broadly.