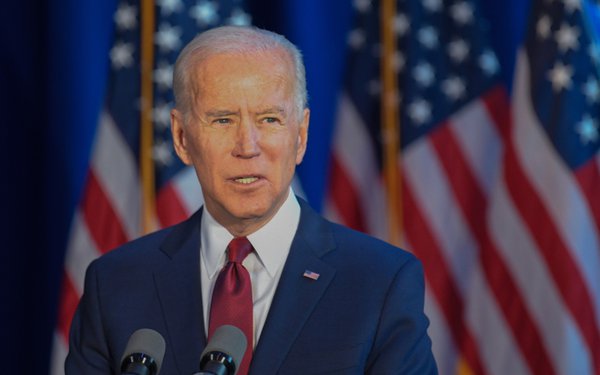 Responding to the Supreme Court's reversal of Roe v. Wade, President Joe Biden on Friday issued an executive order that includes provisions aimed at protecting the privacy of abortion seekers.

The Supreme Court two weeks ago abolished the constitutional right to an abortion by overturning the 49-year-old Roe v. Wade ruling.'

That move cleared the way for states to enforce laws against abortion, or to pass new restrictions. At least 26 states are expected to do so.

The court's move has sparked concerns by advocacy groups and Democratic lawmakers that states with restrictive abortion laws will use digital data -- including information about people's locations, or online searches -- to prosecute abortion seekers.

Biden acknowledges those concerns in the order, which references “the potential threat to patient privacy caused by the transfer and sale of sensitive health-related data and by digital surveillance related to reproductive healthcare services.”

In addition to asking Khan to weigh new privacy measures, the order also directs Attorney General Merrick Garland and Secretary of Health and Human Services Xavier Becerra to consider “actions to educate consumers on how best to protect their health privacy and limit the collection and sharing of their sensitive health-related information.”

Another concern to resurface in recent weeks centers on Google search results, which reportedly were returning links to anti-abortion clinics in response to searches for phrases “abortion clinic near me” and “abortion pill.”

Biden's order appears to respond to those concerns by directing Becerra, Garland and Khan to “consider options to address deceptive or fraudulent practices related to reproductive healthcare services, including online, and to protect access to accurate information.”

The order also includes a host of other directives to Becerra, such as that the Health and Human Services agency submit a report on how “to protect and expand access to abortion care, including medication abortion.”