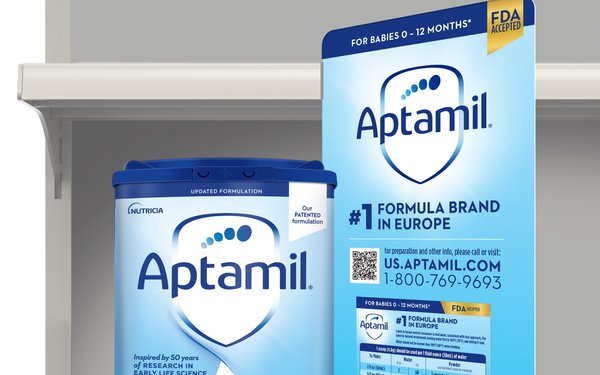 A case in point is the long-running shortage of infant formula.

The saga began in February, when Abbott Laboratories—whose brands include EleCare and Similac—had to shut a factory in Michigan. The U.S. Food and Drug Administration wanted to determine whether possibly contaminated products from the plant were tied to several infant illnesses.

After an investigation involving Abbott, the FDA and the Centers for Disease Control and Prevention determined there was no link, a May 16 consent decree allowed the reopening of the factory.

No sooner had that been accomplished when, on June 15, the same factory had to stop production due to severe storm damage. It reopened on July 1.

Along the way, the FDA decided to loosen its tight restrictions on which baby formula can be manufactured overseas and sold in the United States—restrictions that help to explain why Abbott, Reckitt Benckiser and Nestlé’s Gerber have dominated the category.

Last week, the FDA announced it was considering expanding its “enforcement discretion” policy, which is scheduled to end on Nov. 4, but could become permanent because of its success in bringing more formula to the market.

The loosened restrictions have opened the door to the U.S. market for brands like Danone S.A.’s Aptamil, which is the #1 baby formula brand in Europe.

“This is definitely an inflection point,” says Jessica Dickstein, vice president of marketing at Danone’s Happy Family Organics, which is handling this week’s debut of Aptamil on U.S. store shelves.

In this interview, edited for brevity and clarity, Dickstein talks about how Happy Family’s internal agency dealt with the quick turnaround required to introduce Aptamil to retailers and consumers—the vast majority of whom have never heard of it.

CPG FYI: Besides the dominance of three players, how would you describe the domestic baby formula market?

Dickstein: It’s a low-switch category. You choose a formula, you see your child tolerating it well, and you want to stay with that formula.

Dickstein: No. They’re two separate brands and product profiles. Happy Family is an organic formula, while Aptamil is non-organic.

CPG FYI: What’s the value of having various in-house marketing capabilities when it comes to a very quick product launch?

Dickstein: This is an incredible example of how an internal model can flex and support during a crisis. We had four weeks until products hit shelves to provide the market infrastructure to educate families and provide confidence.

Not only is it a new brand to the market, but it also has different preparation instructions.  We put together a website in four weeks. That would typically take four to six months.

CPG FYI: Have you done any traditional advertising like television?

Dickstein: Not yet. Right now, we’re prioritizing channels and framing everything about educating parents. At point of sale, we’re making sure when parents walk up to the shelf they can trust the formula and know how to prepare it—whether that’s shelf tags with QR codes or messaging on-shelf.

We need to be careful because we’re in a crisis environment and we want to make sure we’re aligning our approach with supply. So it is a balance of push-and-pull marketing.

CPG FYI: What about other channels?

Dickstein: Amazon is obviously a place of trust where parents are going looking for reviews and a lot of brand information. So we’re making sure we’re getting that channel and retail partner set up with the best content.

There has only been about a month’s time between identifying the product to bring in and preparing the market.

CPG FYI: Do you have any idea whether Aptamil and other new market entrants will be able to permanently market their baby formulas?

Dickstein: Right now we’re under an enforcement discretion. What the long term could be—and then the long-term channel and marketing strategy—is something we’re going to have to be very fluid with. The news last week from the FDA was really positive about what the new framework could be around expanded access to options. It’s all moving really quickly.