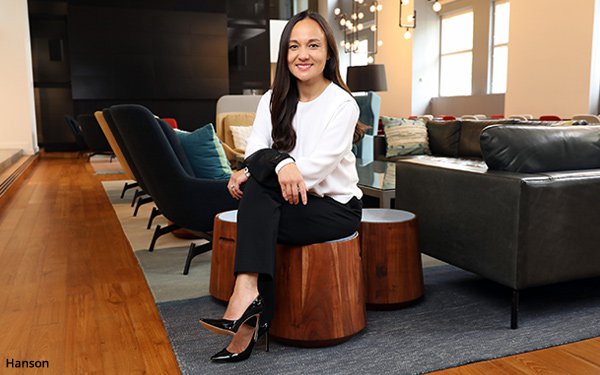 Christina Hanson has been appointed USA CEO of Omnicom’s media agency OMD. She succeeds John Osborn, who the agency said is leaving the agency world after 30-plus years.

Hanson, has spent more than half of her 22-year career with OMD, most recently serving as the network’s Global Chief Strategy Officer since 2018.

An American who grew up in Hong Kong and the UK, Hanson first joined OMD in 2005 and for seven years held various strategy roles across OMD UK, EMEA and USA, where she was named Global Strategy Director.  Following a four-year stint outside the Omnicom network, she returned to OMD in 2016 in the role of Global Managing Partner, leading the Sony Pictures Entertainment business.

She was also part of an international task force at the agency charged with re-engineering OMD’s global go-to-market offer.  Hanson is credited with developing and integrating the agency’s data-driven planning with OMD Design, an agency-wide process powered by Omnicom’s demand-side data operating system Omni.

Osborn has been OMD’s US CEO since 2017. Before that he led sibling creative agency BBDO for nearly 15 years. The agency said he is leaving to focus on his long-standing work with non-profit organizations, including the American Red Cross and Global Dignity.

“Nothing says more about the impact that John has had at OMD than the way he led the agency through the Covid crisis,” stated Ralph Pardo, CEO, Omnicom Media Group North America.  “His experience was instrumental in assuring the safety and well-being of our people, maintaining a high quality of service to our clients, and ensuring we didn’t lose focus on strengthening our culture.  OMD USA is a more connected and emphatic organization thanks to his leadership. “

“In her role as Chief Strategy Officer, Chrissie has been a leader in solving for disruptive forces of change that are reshaping marketing effectiveness, playing a key role in evolving OMD’s capabilities, service model and how we work with the marketplace to create advantages for our client partners,” added Pardo.