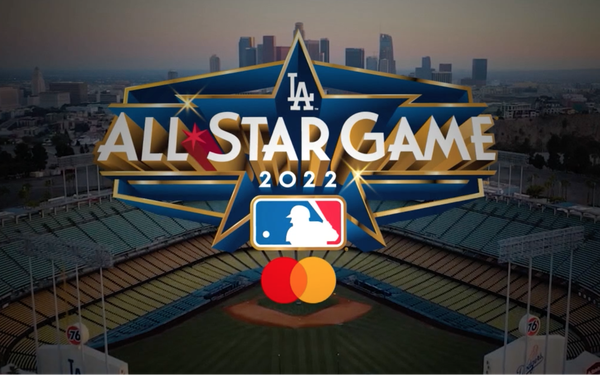 Major League Baseball is offering up a private venue in conjunction with Tuesday’s 2022 All-Star Game in Dodger Stadium in Los Angeles.

New to this year’s All-Star Week slate of activations, The All-Star House is billed as a “social hub for creators, celebrities, and influencers to create content around unique experiences.”

The venue is home base for the “2022 MLB Creator Class, a group of content ambassadors who highlight the game on and off-the-field through their social platforms, with select influencers and celebrities having the opportunity to experience the creative space during special events," per the League.

Mastercard continues as the presenting sponsor of the game. Mastercard’s fraud detection technology was also used by MLB during its All-Star Game ballot to ensure an accurate count throughout the two-phase fan-voting process.

For the second year, Mastercard and MLB called on small businesses to enter the Home Team Advantage Small Business Contest. Small businesses in Atlanta, Boston, Los Angeles and New York City entered for a chance to win $10,000, a Mastercard Digital Doors toolkit, in-stadium marketing in their market, and a trip to the All-Star Game, where they are throwing out a ceremonial first pitch. The winners also will join MLB icons as VIPs at the Red Carpet Show presented by Mastercard, ahead of Tuesday’s game.

T-Mobile batting practice experience features a sweepstakes delivering fans in Los Angeles over $150,000 in prizes as well as T-Mobile Travel credit to fans at home, who can enter the contest via a text activation.

SiriusXM sponsored the All-Star Futures Game and MGM Rewards has naming rights to the All-Star Celebrity Softball Game and All-Star Saturday Extra Innings concert. Capital One sponsors the All-Star Oceanfront (July 15-17) and MLB Live in DTLA, including Capital One PLAY BALL PARK (July 16-19t), plus a lineup of additional events taking place around the city.

Ahead of the game, Budweiser released a film titled “The Language of Baseball,” narrated by former MLB pitcher and commentator Pedro Martinez, that celebrates the diverse backgrounds of all MLB players.