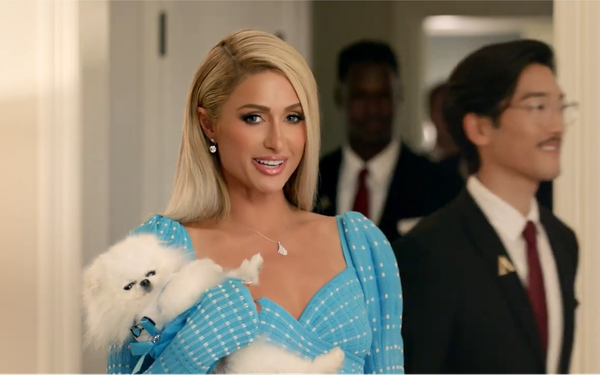 Paris Hilton is the star of a new campaign for Hilton Hotels, offering tips for travelers. The campaign was developed by TBWA\Chiat\Day, New York.

In one spot, she advocates booking connecting rooms for an “extra-large closet -- or, you know, if you’re a family.”

The next shot shows her pink luggage being loaded onto a bed.

Another ad in the series features a family checking into an off-brand B&B that looks like a haunted house. After coming to their senses, the family then checks into a Hilton hotel, which is depicted as brightly lit and clean The tagline reads “For the stay.”

This is the first time the granddaughter of Hilton Hotels founder Conrad Hilton has starred in spots for the hotel. Catherine O’Hara from "Schitt’s Creek: does the voiceover for the spots.