Discretionary Dropoff Heading For ...Your Dog 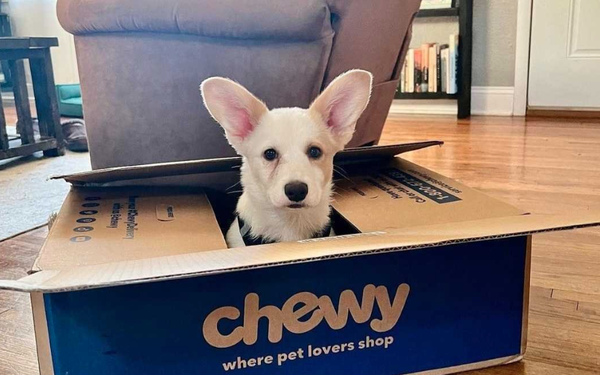 On the heels of Walmart’s alarming financial forecast, some experts are predicting four-legged friends may soon be dining on cut-price cat food.

Citing the same decline in America’s discretionary spending that’s dampened Walmart’s forecast, Wedbush Securities has downgraded Chewy to a neutral recommendation. And while it still expects Petco to outperform competitors, it’s bumped that retailer from its “Best Ideas List.”

While Chewy has grown admirably, Wedbush reports  it’s increasingly vulnerable to cutbacks on discretionary spending. And Wedbush is already detecting a slowdown in searches related to pet products, hinting that spending on Fido and Fluffy may soon be taking a backseat to rent and groceries for humans.

In the current inflationary environment, it’s become increasingly costly for Chewy to bring in new buyers, with churn remaining a major worry.

“Our core concern remains whether Chewy will be able to cost-effectively acquire new customers,” writes Seth Basham, an analyst who covers the sector for Wedbush. “New wallet share opportunities, such as the recently launched CarePlus program and sponsored ads, will help, but may not be material enough to offset negative customer dynamics.”

He forecasts a gain of just 2% in active customers for the fiscal year. That’s based on the decline in pet-related search terms in Google.

And as Amazon steps up its offers in pet food, there’s the risk that bargain-hunting shoppers will find a better deal there.

Basham sees similar risks circling over at Petco. While he continues to expect that retailer to outperform competitors, “it is not immune to a cutback on discretionary spending.”

Basham sees plenty of “yellow flags” in the sector, noting that consumer spending on pets is slowing significantly faster than other categories.

Walmart’s announcement rattled retailers everywhere. While it says it is now predicting a larger increase in sales than expected, it acknowledges those gains are due to inflationary price increases, not strength in consumer spending. And it cut its profit outlook as it continues to struggle with inventory issues.

“Food inflation is double digits and higher than at the end of the first quarter,” Walmart says in its announcement. “This is affecting customers’ ability to spend on general merchandise categories and requiring more markdowns to move through the inventory, particularly apparel.”