Disney's Big Streaming Ad Push: Political Ads? Not So Much - There Are Rules 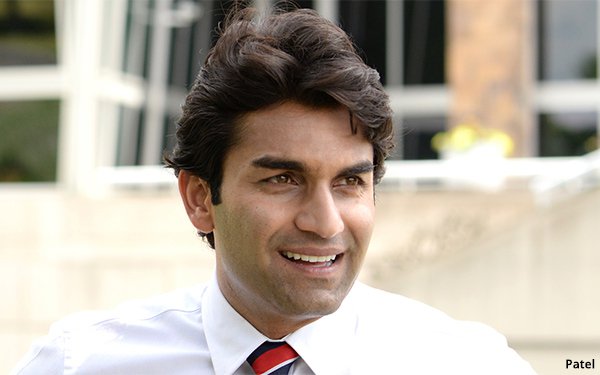 Disney’s Hulu can be picky about what political ads it wants -- or not wanting them at all.

TV stations are a different thing. The Communications Act of 1934 gives political advertising the right to buy TV time -- and at the lowest rate.

Not so for streamers and other non-broadcast platforms.

So streamers can be selective or decline a political ad outright. This is what New York candidate Suraj Patel experienced with Hulu, a streaming platform owned by Walt Disney.

Why Hulu? Because Patel was seeking lots of young political voters -- an audience that streamers and all things digital have so much of.

Traditional political advertising -- on TV newscasts and news channels -- typically targets a lot of voters who are 55 years and older.

The problem was that Patel wanted to have a voiceover that included this: “From abortion rights to gun laws to climate change, 1990s Democrats are losing every major battle to Mitch McConnell.”

Patel's original ad was turned down, reportedly, because language was “sensitive.” Abortion, guns, and climate were most likely the focus. Patel's campaign was not pleased, but the spot was altered and it ran on Hulu.

Recently Hulu rejected a commercial outright for Rep. Carolyn Bourdeaux (D-Ga.) that mentioned her “staunch pro-choice position” on abortion. She lost her primary at the end of May.

All this would seem to be shooting oneself in the foot if you are a budding TV platform. Political advertising is one of the few continuing rapidly growing ad categories  -- especially for local TV. The upcoming midterm election has been estimated to hit another record -- around $7.8 billion, according to Kantar.

In a statement received by TV Watch, Disney said:

"After a thorough review of ad policies across its linear networks and streaming platforms over the last few months, Disney is now aligning Hulu’s political advertising policies to be consistent with the Company’s general entertainment and sports cable networks and ESPN+. Hulu will now accept candidate and issue advertisements covering a wide spectrum of policy positions, but reserves the right to request edits or alternative creative, in alignment with industry standards."

But not everything Disney. In May, the company said the upcoming advertising-supported option for Disney+ will have no political advertising -- as well as no alcohol advertising, or commercials for competitive streamers.

All this would seem to be more mixed messaging from Disney -- and in particular from its chief executive officer, Bob Chapek.

After Florida's so-called “Don't say gay” bill -- now a law in the state -- Chapek had no reaction.

That's not the way Disney rolled in the past. Bob Iger, former Disney CEO, was also quick to take a political position. The good news was that Chapek quickly changed direction -- heavily criticizing the law. And Disney is now helping in an effort to repeal it.

So is it a money issue -- or not? Disney theme parks make a lot of money with the Florida parks. Consumers decide for themselves whether they will continue to spend their entertainment dollars there.

Typically, consumers can separate their politics from their leisure activities. Likewise, Disney can -- at times -- clearly separate business from political positioning. Standing on the sidelines -- in either case -- is not a good thing.