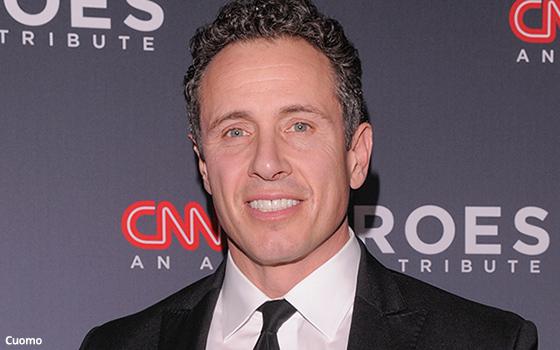 A longtime CNN figure on the network, Cuomo was fired in December after a suspension and a network investigation where it was revealed that he provided media guidance to help his brother, Andrew Cuomo, then the New York State Governor, to combat sexual harassment allegations.

Cuomo's actions were deemed to be in conflict with and improper to news gathering/journalistic CNN policies, according to reports. In response to his firing, Cuomo filed a $125 million lawsuit against CNN.

Cuomo revealed the news of his new prime-time show during an interview discussing his CNN departure on NewsNation’s “Dan Abrams Live” on Tuesday night.

Before hosting CNN’s “Cuomo Prime Time,” the highest-rated show on the network, Cuomo co-anchored the network's three-hour morning show, “New Day.” He had been at the network since 2013.

Previously he was at ABC News as its chief law and justice correspondent, as well as co-anchor of ABC's “20/20,” and news anchor for “Good Morning America.”

Cuomo was also at Fox News Channel as correspondent and political policy analyst.