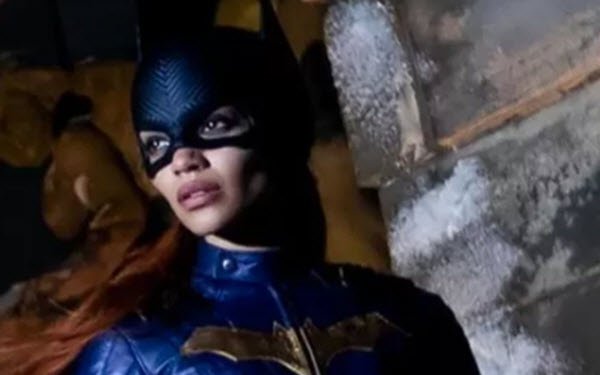 Warner Bros. Discovery (WBD) has scrapped “Batgirl,” a made-for-HBO Max movie that reportedly cost $90 million, is already in post-production, and was expected to debut on the streamer this year.

The company is also shelving an animated movie, “Scoob!: Holiday Haunt,” which had a budget of about $40 million.

The news emerged less than two days before WBD, formed through a merger finalized just over three months ago, is set to announce Q2 earnings. New CEO David Zaslav and his management team are expected to reveal more specifics about how HBO Max and Discovery+ will be merged, its strategy for theatrical versus streaming releases, and how it will achieve a promised $3 billion in annual cost savings.

A New York Post item claimed that “Batgirl” is simply an “irredeemable” dud. But other reports note that with a budget that is less than half of those for DC movies meant for theatrical release, “Batgirl” could not deliver the spectacular effects that series’ fans expect, so WBD is shelving the movie to protect the franchise’s long-term health. WBD is also said to be seeking an executive to take charge of the entire DC Extended Universe franchise.

But these are not the first originals to be killed by WBD’s new management, which seems to point to cost-cutting and shifts in content focus as major drivers for cutbacks in some originals.

WBD dropped plans for HBO original “Demimonde,” said to have a $200-million budget; ended HBO Max series “The Gordita Chronicles” after one season (reportedly as part of a move away from kids’ and family live-action content); and has also cut originals at networks including TNT and TBS, notes The Hollywood Reporter.

“The decision to not release ‘Batgirl’ reflects our leadership’s strategic shift as it relates to the DC universe and HBO Max,” the statement said. "Batgirl" star Leslie Grace (shown above) "is an incredibly talented actor and this decision is not a reflection of her performance," it adds. "We are incredibly grateful to the filmmakers [for] ‘Batgirl’ and ‘Scoob!: Holiday Haunt' and their respective casts and we hope to collaborate with everyone again in the near future.”

Made-for-streaming movies may not fit with the financial underpinnings of WBD’s new strategies. These apparently include a return to emphasis on the theatrical distribution business by Zaslav, who recently named Michael De Luca and Pamela Abdy as the new chiefs of Warner Bros.

Jason Kilar, CEO of the former WarnerMedia, turned the industry upside down following the onset of the pandemic by releasing all Warner Bros. productions for 2021 simultaneously on HBO Max and in theaters.

Rumors about announcements that may be made during the Q2 earnings presentation include a significant first round of layoffs. Speculation about HBO Max has been rampant and wide-ranging, including rumors that it will be shut down and merged into Discovery.