In Changed Dating Game, Match Hopes To Re-Spark Tinder With A New CMO 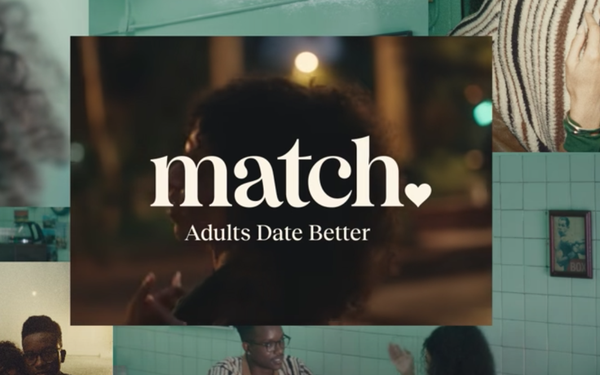 Bernard Kim, who joined the company as chief executive officer a few months ago, announced that Renata Nyborg is out as Tinder CEO. And as part of the new management team to be led by Kim as interim CEO, Melissa Hobley, CMO of Match’s OkCupid unit, will move to Tinder CMO.

“The current environment is presenting some unique trends related to consumer behavior,” he writes in his note to shareholders. “While people have generally moved past lockdowns and entered a more normal way of life, their willingness to try online dating products for the first time hasn’t yet returned to pre-pandemic levels.”

And while it is seeing higher engagement from pre-existing users than before the pandemic, only 15% of those using Match’s 15 brands currently pay for products.

So monetization is the goal, and Tinder’s revenue growth and new product have been disappointing. “We need to do more to excite our user base to drive top of funnel growth,” Kim says.

In the second quarter, the Dallas company says revenue rose 12% to $795 million, and it posted a loss of $10 million. Its forecast for the months ahead also came in below expectations, causing its stock to fall as much as 22% after the news.

And it’s cut back on hiring and marketing, reducing ad spending by $13 million on a year-over-year basis.

The company still sees plenty of growth possibilities and says more than half of singles in developed markets such as the U.S. and Western Europe still haven’t tried dating apps.

Asia is particularly in its sights, especially with the recent acquisition of Hyperconnect, a Korean social discover and video company.

Some observers agree with Kim’s assessment of changes in the category. “Western markets will settle into slow growth for the next few years,” says Mark Brooks, a consultant in the internet dating industry, “until real innovation and shifts into new media are both realizable and can be monetized.”

When that happens, he tells Marketing Daily via email, “internet dating becomes a new game.”

While he agrees with Kim’s decision to back off from the metaverse now, it will have advantages as Web 3.0 gets closer to reality. “It will be important to have a trusted brand because users may have to relinquish more of their privacy in a VR- and especially an AR-driven world.”

But while Match and its other brands, including Hinge and Plenty of Fish, may dominate now, it will be vulnerable to apps that better exploit new technology.

Brooks believes AR has the potential to disrupt dating in ways few can yet imagine, even on par with the way smartphones ushered in a mobile revolution. "AR will bring a different and new level of experience and value in dating.”

“We need some time for the new Tinder team to improve execution and see how they deliver on their product roadmap,” Kim says. “We’re optimistic that the changes we’ve made at Tinder will lead to improved product execution and velocity, monetization wins and enhanced user growth.”