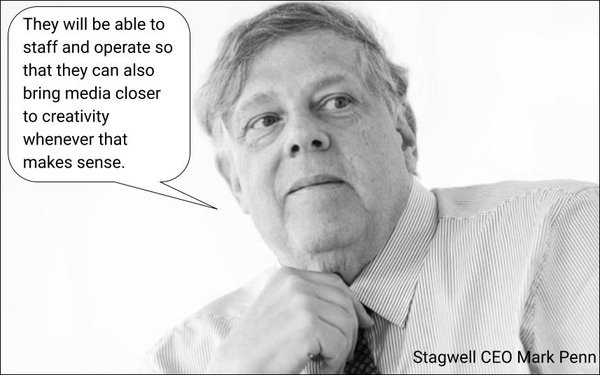 Those agencies were previously organized under the holding company’s Integrated Agencies Network operating unit. The change was reported to the SEC last week in the company’s 10Q filing for the second quarter.

The main idea is that an increasing number of clients are seeking integrated advertising services that include both creative and media. Other holding firms have made adjustments to meet those needs as well—an increasingly common tactic is to create a dedicated entity serving the entire client remit, such as creative, media, analytics, etc.

Stagwell said that due to the changes previous earnings reports have been recast to reflect the reorganization for comparative purposes.