Kia Films New Telluride Spot In, Where Else, Telluride 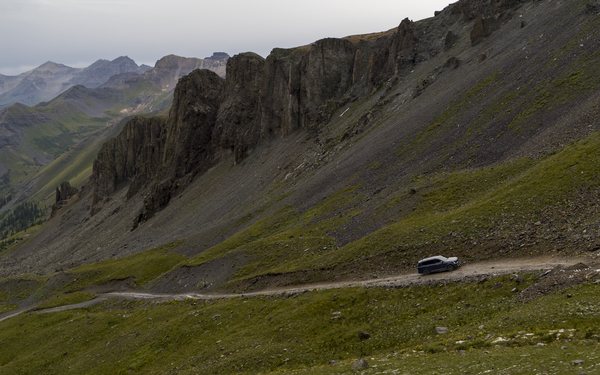 Telluride, Colorado has developed a reputation as the playground for the very rich and even more famous.

It also has some absolutely breathtaking mountains and intensely challenging terrain. So what better place to make a statement about the new Kia Telluride’s capabilities than its namesake?

Lead creative agency David&Goliath recently took a crew of close to 100 up one of the area's famous mountains to shoot a 60-second spot that  will debut Sept. 12 during the Emmy Awards.

“For us, it's important to be authentic and prove just how capable this vehicle is,” says Ben Purcell, chief creative officer, David&Goliath. “You can’t do that if you're shooting in a studio. And seeing the three Tellurides we brought to the set climb 13,000 feet and traverse these unkind and dangerous conditions proved its capability in spades.”

The spot, directed by Philippe Andre of Reverie, is part of a fully integrated campaign with TV, print, OOH and digital components.

“The last few projects have included an NFT component. For this one, we're working on something new and different,” Purcell tells DriveTime.

Besides breaking the campaign on the Emmys, the automaker is partnering with the show for a third consecutive year and will have integrations within the program, he says. Like the Super Bowl, the major awards program tends to be watched live and viewers look to the spots as an additional source of entertainment, he says.

“It will be a series of multiple scenes that will talk about the Telluride briefly, but it'll be more of an entertainment thing because it's obviously an actual piece of content in the middle of the Emmys show,” Wager says. “We don't want to make it seem like ‘what the heck is Kia doing in this portion right now. They’ve already got commercials.’ I get that. So it's very organic.

“It'll be funny, it'll be scary, it’ll be drama. It will be all the things that television is."

The automaker will also use the show as a platform to spotlight some of its other models, he says.

“A lot of people can name one, maybe two Kias when you ask them,” Wager says. “So we want to show them more of our lineup. We’ll highlight our Sportage and the new Soul in addition the Telluride.”

Another Telluride spot is being planned to tie into the NBA season, which kicks off in October, he says.

“Basically it's a story that anyone that's had a basketball hoop on their driveway will be able to relate to,” Wager says.