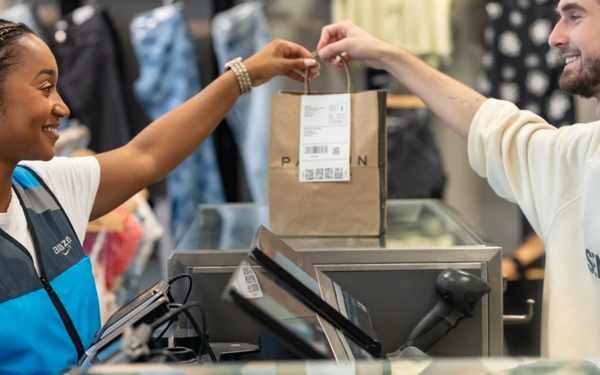 Retail’s ultimate job -- putting a physical product into the hands of a customer -- gets more complex as omnichannel keeps evolving. Speed matters more, and a few recent announcements from Kohl’s, the Body Shop and Amazon show just how seriously retailers are about finding the delivery systems that best fit their brand -- and their less-patient customers.

Kohl’s says it’s expanding self-pickup to all stores, allowing people to skip the line entirely. It plans to have the service available in all 1,100 stores in time for the holiday season. It promises the orders will be ready within two hours of an online purchase -- an upgrade to its existing “Buy Online, Pickup In-Store” service.

The Menomonee Falls, Wisconsin, company says that in tests, customers have been raving about the convenience. Combined with its Kohl’s App, Kohl’s Pay, Kohl’s Cash and Kohl’s Rewards, the feature should create convenience in every transaction.

The Body Shop, typically located in malls, is going a different route. Like most retailers, it already has a well-established “Click & Collect” feature. Now, it’s hoping consumers will be open to getting their Mango Body Butter or Ginger Scalp shampoo from Uber Eats.

The UK-based company has been piloting the Uber Eats partnership in the U.S. since 2020 and says it’s now ready to expand it to 75 of the beauty company’s stores. And for those with an Uber One membership, there’s no delivery fee on orders from the Body Shop, with a $15 minimum purchase.

Amazon, too, has some new tricks up its sleeve.

While same-day (and even two-hour) delivery for Amazon purchases is old-hat, this lets shoppers order from stores like PacSun, GNC, SuperDry and Diesel and receive their items the same day. The ecommerce giant says more retailers, including Sur La Table and 100% Pure, will be onboard soon.

Amazon says it sends the order to the store, the retail store associate gets it ready, and an Amazon delivery worker retrieves it, rushing it into the waiting hands of the customer.

“The expansion of Amazon’s Same-Day Delivery to include beloved brands delivered directly from nearby retail locations is just another way we are offering customers even greater selection, at faster speeds,” says Sarah Mathew, director of Amazon Delivery Experience, in a blog post detailing the launch. “We look forward to adding more brands, stores, and locations to the program.”

What the three announcements have in common is speed. New research from PYMNTS finds that in May, 37% of all U.S. consumers ordered ecommerce products to be picked up in-store, 36% had used curbside pickup, and 32% had ordered online for same-day delivery.

“For many ecommerce shoppers, waiting two or more days to receive their purchases is no longer good enough,” the report says. “Many expect to acquire their purchases the same day they are purchased.”