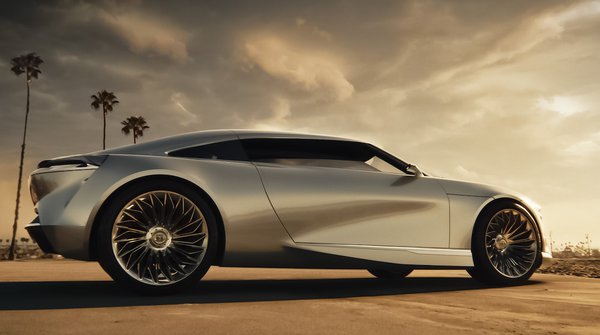 Buick is expanding its collaboration with Hello Sunshine, the media company founded by Oscar-winning actress and producer Reese Witherspoon.

To kick off the collaboration, the General Motors brand is launching a campaign that envisions what life could look like for future vehicle owners with a voiceover from Witherspoon.

Creative breaking today on TV shows the driver of a Wildcat EV concept vehicle as the car picks her up and changes its exterior color based on her outfit.

Once she's inside, augmented reality projects a peaceful, woodland setting on the windshield as the vehicle drives itself. The Wildcat EV even automatically rolls up the windows when the parked vehicle detects inclement weather.

An in-vehicle touchscreen app allows drivers to select from a specially curated collection of podcasts and audiobooks from "Reese’s Book Club."

Buick has a predominantly female customer base -- nearly 55% of Buick buyers are women, according to J.D. Power.

“With the largest percentage share of female buyers in the auto industry, we know that more and more women are making vehicle-buying decisions and we’re thinking creatively about how to offer experiences tailored to them,” Peck says in a release.

The “Dream With Us” effort shows a number of conceptual features that Buick has not committed to for actual production, but in general helps convey its vision for the future of Buick ownership, Peck says.

“This campaign signals Buick’s brand transformation, incorporating our new logo, new music and a new brand voice,” she says. “This all points back to Buick’s commitment to an all-electric future, using intuitive technologies to create an enhanced sense of well-being.”