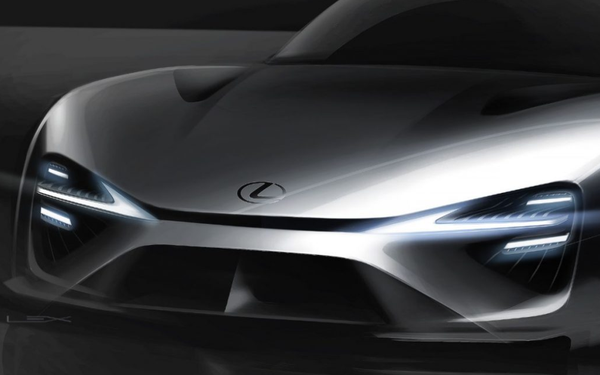 One of the biggest weekends of the year for automotive enthusiasts is back with a pre-pandemic gusto.

The 71st annual Pebble Beach Concours d’Elegance takes place Sunday, attracting hundreds of arguably the most affluent consumers in the world. (A general admission ticket to attend Sunday’s Concours costs $525, while entrance to The Quail, a Motorsports Gathering on Friday, is so sought after that a lottery is held for the rights to buy a ticket, reportedly starting at $550.)

Several luxury automakers are planning events and unveilings in a quest to elevate their brand image to a league of consumers with considerable reach and affluence.

Lincoln is the featured marque as part of the brand’s 100th anniversary and will display the L100 concept vehicle, see breakout story here.

Lexus will showcase the brand’s evolution and a look at its future via the Lexus Electrified Sport as it makes its first U.S. appearance on the Concours grounds.

Other Lexus vehicles on display will include the RZ 450e, RX 500h F Sport Performance, IS 500, LC 500 Convertible and Lexus Racing RC Cup Car. Some of the vehicles will be available for consumers to test drive.

Range Rover will also engage with owners and enthusiasts during Monterey Car Week, which will be the location of its first North American Range Rover House.

Located in a modernist home overlooking Monterey Bay in Carmel Highlands, California, Range Rover House will be open on an invitation-only basis from Aug. 17-21.

“Moving forward, we will continue to look at other global luxury destinations, to offer the finest and most refined experiences for our most loyal customers,” says Joe Eberhardt, president and CEO, Jaguar Land Rover North America, in a release.

Maserati also created a venue for attendees to experience the luxury brand. The “House of Maserati” showcases the Maserati lifestyle with VIP client-drive opportunities, trademark Italian hospitality, and moments to enjoy music and fine cuisine, including the chance to experience partner Sonus faber’s audio capabilities throughout the residence. The activation aimed to provide a weekend oasis in which aspects of Maserati’s DNA including style, comfort and elegance, could be front-and-center, according to the automaker.

The brand also used The Quail event to unveil its MC20 Cielo, a 621 hp convertible. The Quail display also included the Grecale Trofeo SUV and the MC20 Coupe.

Other automakers with displays include Polestar, which will show the Polestar O2 Concept, which was revealed in Los Angeles earlier this year and will go into production as the Polestar 6 electric performance roadster in 2026.

To celebrate the launch, 500 numbered units of a special “LA Concept” version, the “Polestar 6 LA Concept edition,” will be produced. Interested customers in all current Polestar markets were invited to reserve a build slot online beginning Aug. 16.

Volkswagen AG’s luxury brand, Audi, will display its sphere concept cars, the skysphere, grandsphere, and urbansphere, at The Quail.

The one-of-a-kind Audi S1 e-tron quattro Hoonitron, inspired by historic Audi Sport quattro S1 “Pikes Peak,” will be shown at the Rolex Monterey Motorsports Reunion at Laguna Seca. The Audi grandsphere also will be on display on the concept lawn at the Pebble Beach Concours d’Elegance.

Infiniti and MotorTrend will team up once again to showcase Japanese vehicles on Aug. 18-21 within the Concours Village at the  Japanese Automotive Invitational.