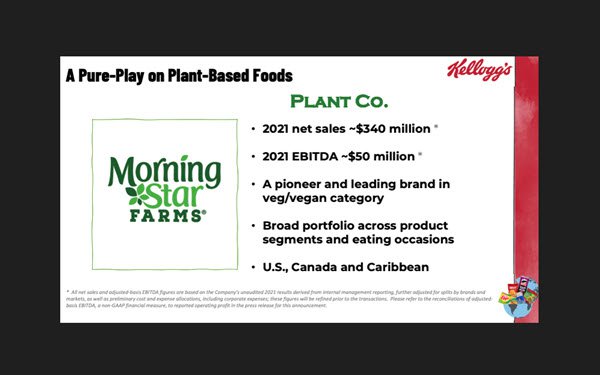 Inflation is posing the latest obstacle for plant-based meat substitutes in their battle to win a greater share of U.S. consumers’ wallets.

Leading U.S. meat processor Tyson Foods said this month that some people are buying chicken and cheaper variations of beef and avoiding pricy loins and steak.

That would seem not to bode well for meat substitutes, which have long been trying to lower their retail prices to be more in line with real meat.

Consumer data suggest that while there are plenty of “flexitarians” willing to buy meat substitutes, animal-based products are far and away the leaders and show no signs of becoming extinct.

For example, last year the 6.5 million first-time buyers of meat alternatives spent $150 million more on fresh meat than they did in 2020 in retail outlets tracked by IRI, which noted in a March webinar that “Meat alternative buyers are meat buyers.”

That was well before food prices began to soar.

In the 52 weeks ended Aug. 7, volume sales of meat alternatives were down 8.8%, with patty and ground substitutes down 22.2% and 12.7%, respectively, from the same period last year.

The biggest drops were in breakfast-sausage alternatives (-49.4%) and meatball substitutes (-23.9%).

In explaining the financials, Beyond Meat CEO Ethan Brown said its plant-based ground beef was selling for about $8 per pound compared to about $5 for real ground beef.

“That is a very difficult proposition when consumers have very high levels of inflation going on,” he said.

This year’s second quarter “saw a sequential contraction in U.S. household penetration for plant-based meat for the first time in over four years,” despite a two-year increase in the number of plant-based brands and SKUs of roughly 60% and 70%, respectively, Brown added.

In June, Kellogg Co. said it would split into three separate companies by the end of next year — one of them tentatively called Plant Co., whose main brand is MorningStar Farms.

Although The Wall Street Journal reported in June that the company has considered selling its plant-based food business, Kellogg Chairman, CEO and President Steven Cahillane put a positive spin on things in an Aug. 4 call with financial analysts.

MorningStar Farms “is a leader in plant-based foods, a category with tremendous growth prospects,” he said.