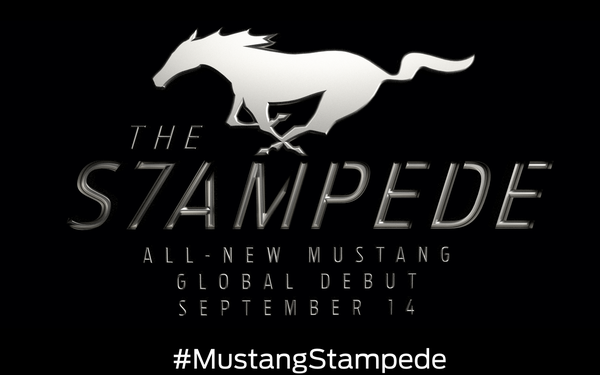 Ford Motor Co. is inviting Mustang owners and fans to a global debut of the seventh-generation Ford Mustang at the North American International Auto Show in Detroit.

Billed as “The Stampede,” Ford is inviting Mustang owners to register to participate with their cars as part of a cross-country trip ahead of the reveal or in a parade of Mustangs from Ford headquarters in Dearborn to the debut event.

The automaker will livestream the event on its social channels at 8 p.m. Sept. 14, including Ford YouTube and the Ford Mustang Facebook page.

The location of the event — Detroit’s Hart Plaza — is significant, since it is the starting point of Woodward Avenue, America’s first paved road.

“When we conceived the idea of an indoor-outdoor Detroit auto show, ‘The Stampede’ was the kind of event... we hoped and believed was possible,” said Rod Alberts, executive director, Detroit Auto Show, in a release. Ford announced the event during a Aug. 19 press conference that was held in conjunction with the Woodward Dream Cruise, the annual event where thousands of vintage car owners and fans gather along Woodward Avenue.

Ahead of “The Stampede,” Ford is collaborating with America’s Automotive Trust and the Detroit auto show on a cross-country adventure with all six generations of Mustang called "The Drive Home."

Kicking off on September 6 at LeMay -- America’s Car Museum in Tacoma, Washington -- the drive will cross nine states and includes more than a dozen stops. The final leg of this celebratory journey will see owners gather at Ford World Headquarters on September 14 ahead of the reveal.