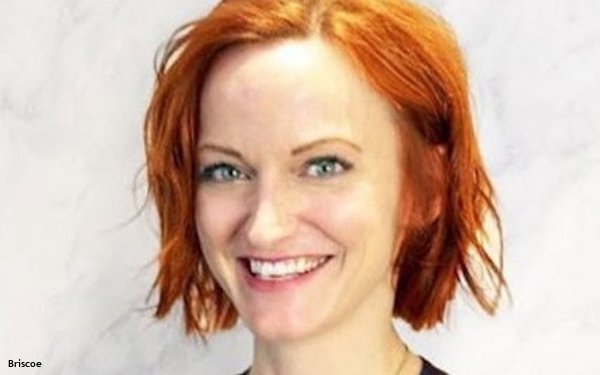 Charlene Weisler: What do you think the state of political advertising is now in preparation for the midterms?

Grace Briscoe: We expect to see around 80% of the potential in digital spend to be transacted and served in the second half of 2022 in political ad spend. Based on the pace of spending so far, the industry may exceed forecasts. In Basis, our platform, spend is roughly 4x higher than in the same period in 2020. This is remarkable for a midterm election, which typically wouldn’t exceed a presidential election year.

Weisler: What, generally speaking, is the most effective platform for political advertising on the national level?

Briscoe: The adage that all politics is local may still hold true, though I think we’ve also increasingly seen the inverse -- that much of local politics is now nationalized in some ways.

Though I’m biased toward digital, from a media strategy and tactic perspective nationally, TV is still king. It’s an incredibly strong platform for both reach and persuasion.

Looking at digital specifically, programmatic platforms are the most effective on national political ad campaigns. Programmatic provides a perfect blend of speed, scale, accuracy and flexibility vital for elections advertising.

Social media channels are indisputably the most effective and efficient for fundraising, but less so for persuasion—short attention spans when scrolling through a feed make nuanced messaging almost impossible.

I think the surge in investment we’re seeing in OTT/CTV ads speak to the effectiveness of that channel, CTV may be the perfect fusion of the compelling power of TV combined with greater targeting capabilities and flexibility in buying via programmatic platforms.

Weisler: What about the local level?

Briscoe: Part of the appeal of programmatic platforms is that they work well on both national political ad campaigns and on local campaigns. The precision is a tremendous value for smaller campaigns that only need to reach local voters in a small area.

And the adoption of programmatic advertising by buyers of all sizes has enabled even small down-ballot races to benefit from the sophisticated targeting and efficiencies that were only available at the federal level a few cycles ago.

Weisler: Can you talk about the most effective kind of messaging nationally -- and locally?

Briscoe: Political messaging is all about emotion—connecting with voters at a personal level, and motivating them to vote, especially in a midterm year when you don’t have a presidential race at the top of the ticket.

Taking the recent Kansas election as an example, abortion was confirmed as a key issue to potentially drive turnout this year. Inflation and economic concerns are top issues with voters, as well as rising concerns over gun violence and political extremism.

Locally, some of these topics may resonate more than others. However, at the very local level, campaigns often don’t have the benefit of granular polling data that a national, statewide, or even congressional campaign relies on. It’s not easy to get the pulse of local voters, and messaging decisions may be guided by instinct or “gut” more than data.

Briscoe: The issues that are top of mind or may resonate most deeply with a voter vary greatly, and some inferences can be drawn based on demographics, party affiliation, and geography. But very few demographic groups are a monolith, and demographic characteristics are not at all determinant of ideology.

Hispanic voters are an example of this. Within those communities, there can be broad differences. Making simple assumptions that motivations are cohesive -- based solely on ethnicity -- could be a fatal mistake for a campaign.

Weisler: How does research impact decision-making for a campaign?

Briscoe: Research for political campaigns is essential. Voter data, including polling, is what enables a campaign to know where they should focus their efforts to get people to vote. Even large campaigns have finite resources so there are always tough decisions on how to most effectively use funds to find and engage voters. Historical data shows that likely only 40% of potential voters will vote on Nov. 8.

Therefore, a campaign will need data to understand how to reach that 40% who will actually vote, and perhaps the additional 10% who might be persuaded to turn out -- and that’s on top of the challenge of finding the right issues to use when engaging with them.

Weisler: How strong a role does social media play in political advertising?

Briscoe: It is incredibly effective for fundraising. The broad audiences of social platforms can make them effective for reach. But the role of social media in digital campaigns has declined over the recent years.  There is a myriad of reasons for this, but a big one is the extra restrictions and rigidness of policies in some of the largest platforms.

The limitations on targeting capabilities for political advertisers and cumbersome verification processes have created frustration. Those headaches, combined with the short attention span of social audiences, have shifted political ad dollars to other channels. It’s very difficult to make an emotional connection with a potential voter in a two-second view.

Weisler: What advice would you give political advertisers preparing for the 2024 election?

Briscoe: The easy answer is to ensure that they have a solid CTV strategy, combined with other supporting digital tactics. Consumer usage of CTV continues to increase, and political ads will be everywhere in this channel this fall.

The other advice is to prepare for longer vendor creative approval processes. We are seeing more and more publishers -- especially in the CTV space -- scrutinizing the creative from campaigns, and this could cause delays in launching ad campaigns.

Even in the automated world of programmatic, where transactions occur in milliseconds and speed is assumed, we’ve seen automated creative review processes implemented by some of the large ad exchanges create headaches.

One example is falsely rejecting political ads as “online gambling” because of a phrase like “[candidate] wants to gamble with social security.” Machine review is very limited in understanding political messaging, and the appeals process to get a human to review an ad and remove the rejection can take multiple days.

Until automated processes improve, campaigns need to plan ahead as much as possible to avoid missing out on conveying a timely message.