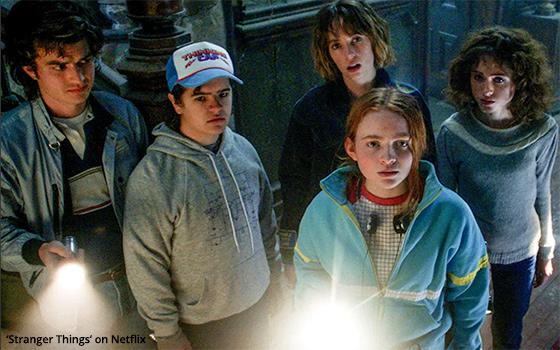 Although Netflix still has an overwhelmingly high share of “demand” by streaming consumers when it comes to original TV programming, all legacy TV content -- both original and library programs on any platform -- still resides heavily with traditional TV-movie based companies.

In the second quarter of this year, in terms “demand share” of U.S. TV series’ owned by a single corporate owner, Walt Disney leads with 19.7% share, followed by Warner Bros. Discovery at 17.9%, Parrot Analytics says. 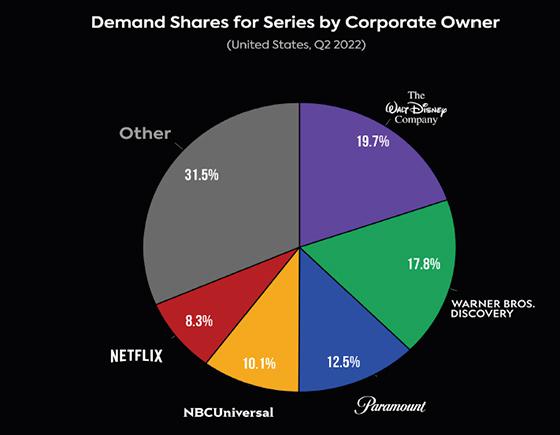 This takes into consideration all programming in circulation -- original TV and streaming and all library TV programming -- produced or owned by a corporate parent.

Parrot Analytics says “demand” is important because it considers the crucial search efforts by consumers: “Consumers will often start their journey by using search engines such as Google. They may also consult Wikipedia or read up on what critics or fans have to say about a show.”

When looking at demand share for all TV series on one specific streaming service -- original, or acquired programming -- Netflix has a slight lead with 19.4% share; Hulu is at 19.2%, second place. 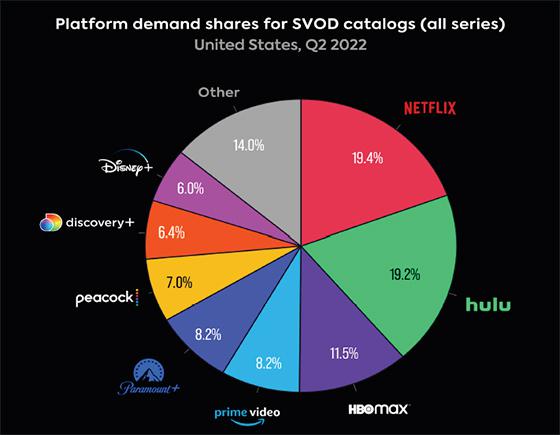 Focusing on just original streaming programming, Netflix, due to its decade and a half head start in the streaming business, continues to have a leading share -- 40.5%. Well behind is the Prime Video (9%); Disney+ (8.3%); and HBO Max (7.5%).

Parrot says it gets behavioral data from over two billion consumers globally analyzing over 2,000 distribution platforms and over one million content titles.