Best Buy Suffers As Consumers Back Away From Electronics 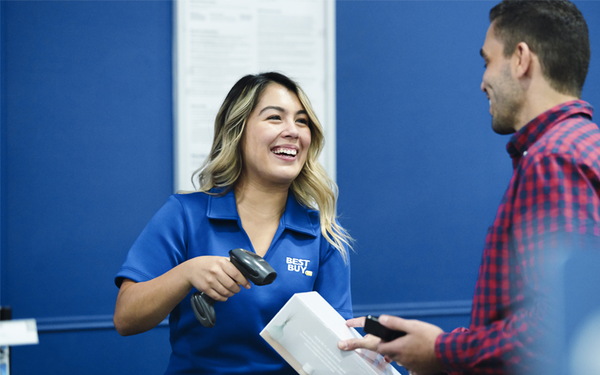 While people are spending money in plenty of categories, consumer electronics isn't one of them. Best Buy reported lower sales and profits in its fiscal second-quarter results, as inflation-worried consumers pulled back on all things tech.

Net income declined to $306 million, compared to $734 million in the year-ago period.

Sales decreased in almost every category, with computing and home theater falling the most.

The Minneapolis company sees plenty of choppy water ahead. "We are clearly operating in an uneven sales environment," says Corie Barry, chief executive officer. "As we entered the year, we expected the consumer electronics industry to be softer than last year following two years of elevated growth driven by unusually strong demand for technology products and services and fueled partly by stimulus dollars. The macro-environment has been more challenged due to several factors, and that has put additional pressure on our industry."

For the full fiscal year, Best Buy anticipates a comparable sales decline of about 11%.

Still, Barry is urging observers to keep the current softness in perspective. Best Buy’s omnichannel gains are impressive: "Online sales penetration, at 31% of our total domestic sales, is almost twice as high as pre-pandemic," she says.

The decline had been expected, given that the company's results would be up against the super-strong sales it reported last year. And both sales and earnings even came in a bit better than the downbeat forecast last month.

But the broader economic outlook "has been more volatile than the company expected with consumers facing significant inflationary pressures," writes Seth Basham, an analyst who follows the company for Wedbush Securities. That's led to families, especially those with lower household income, "making some decisions to trade down in some categories such as televisions." As shoppers worry about inflation, they're taking tech off their list.