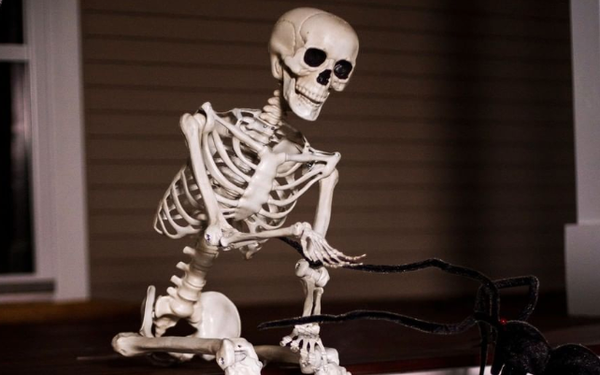 COVID crushed Halloween 2020. Then the Delta variant sucked the vampire blood out of 2021 party plans. This year, with the virus waning, America is going ghoulish with gusto, and Party City is ready.

“This is our Super Bowl,” says Odette Welling, the retailer’s vice president of Halloween. In addition to hiring 20,000 seasonal associates, it is seeing stepped-up demand for special effects, costumes and tableware that says people are already trying to make this a Halloween to remember.

“With Halloween getting canceled again for a second year in a row last year, people are ready to celebrate this year,” she tells Marketing Daily. “And it’s not just adult parties, although we see plenty of interest there. It’s schools, too, and people looking for ways to go beyond the 'trick or treat.’”

Amid that light-heartedness, there’s some serious trendsetting already underway. “From what we see on Pinterest, we know fairies are going to be very big this year,” she says. “Kind of ethereal, but also with an edge and twist -- more like what people wear at festivals, with a twist and an edge.”

Punk is hot. “Expect lots and lots of tattoos.”

Thanks to many TikTok and Instagram tutorials, makeup will play a more significant role. “It’s become our fastest growing category,” Welling says.

There’s a genuine love for Glam gore. “Some women want to look beautiful but scary at the same time.”

As always, movies will drive costume inspiration. So while there’ll be plenty of pirates, policemen and naughty nurses, expect to see plenty of flight suits inspired by “Top Gun 2” and Madrigal outfits based on “Encanto.” Welling is also anticipating many mini-Minions, “Stranger Things” characters, and just about every superhero.

“And because of the new 'Jurassic World’ movie, we’re pretty sure we’ll see whole families dressed as dinosaurs.”

Décor is also evolving. “It’s no longer this idea that people put up a few decorations and say, 'OK, I checked the Halloween box.’ They want to create experiences for their families and friends–they want to make memories.”

Yorrik, the five-foot poseable skeleton (shown above), has long been a best-seller. “But now, we see customers finding new ways to make it unique and fresh. They are dressing Yorrik up or posing multiple Yorriks along the sides of their home.”

Weekday Halloweens tend to be more subdued, but because the holiday falls on a Monday this year, Welling thinks people will likely stretch the celebration over the preceding weekend.

Party City is based in Elmsford, New York, and has about 750 stores. It recently announced that second-quarter sales fell 4.6% versus the second quarter of 2021. They rose 12.2% compared to the pre-pandemic period of 2019.