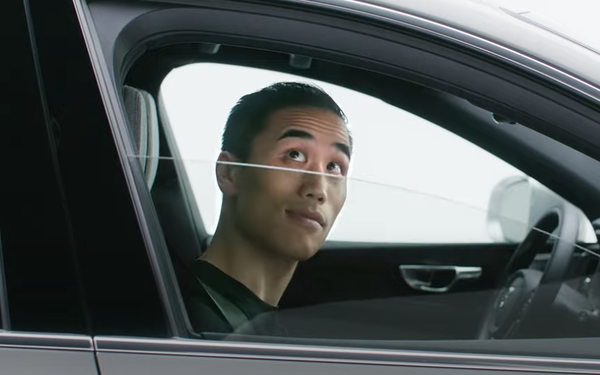 Volvo Cars USA is launching a campaign with a YouTube creator in an effort to attract younger, multicultural consumers.

Andrew Huang, who has 2.27 million subscribers, describes himself as a “partially deaf musician from Toronto working with lots of different genres and instruments.”  He created the iOS music-making app Flip Sampler and has an online music production class.

Volvo hopes that Huang’s followers might be interested in the Swedish brand’s new “smarter” hybrid, the XC60 Recharge Plug-in Hybrid with Android Auto built in.

It marks the first time Volvo has partnered with a YouTube Creator and Google Creative Works to create both ads and branded content with a creator, according to the automaker.

As an audio artist, Huang created a music video featuring the sounds of XC60 Recharge Plug-in Hybrid's opening and closing doors, vent controls, buttons and more to highlight its design and high-tech integrations.

Huang says it was exciting to make the new design and features of the vehicle come to life in such a creative way.

“You can find inspiration in so many places, and using the car to create a catchy beat made this such a fun project,” Huang says in a release.

Volkswagen launched a similar TikTok video last year with music producer and filmmaker Kurt Hugo Schneider and music group Ni/Co, who created a beat while checking out the ID.4.