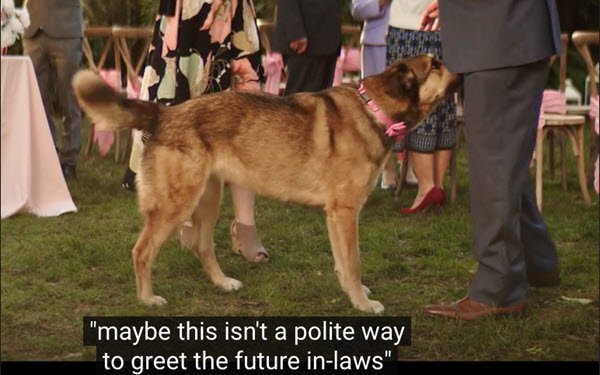 “Raw, unfiltered” pet behavior should be rewarded by feeding them “raw” food.

Just how unfiltered can pets be?

In spots from Highdive Advertising, a cat climbs a window curtain while the voiceover explains that his behavior “has nothing to do with his interior design opinions.”

Likewise, when a dog repeatedly sniffs the groin of a man garbed in a suit and tie at an outdoor party, the behavior is forgiven because no dog ever thought “Maybe this isn’t a polite way to greet future in-laws.”

“We knew we had to go bold and candid with these spots to show exactly how raw pets can be and why we simply love them for it,” Highdive co-founder and chief creative officer Mark Gross tells Marketing Daily.

Campaign spots running on cable TV and streaming platforms include “co-viewing” placements for pets and owners on networks including “Animal Planet” and “Bravo.”

In addition, Stella & Chewy’s is sponsoring “pet play lists” on Spotify, according to Talia Arnold, head of strategy and planning at Exverus Media.

“When I was growing up, we’d leave the classical radio station on for our dog when we were out because we thought it was relaxing for him. Now a more modern version is people using Spotify,” says Arnold.

Stella & Chewy’s was founded in 2003 in Brooklyn, New York by Marie Moody, who adopted a shelter dog named Stella, followed by a sick puppy named Chewy. She has since moved the company to Wisconsin.