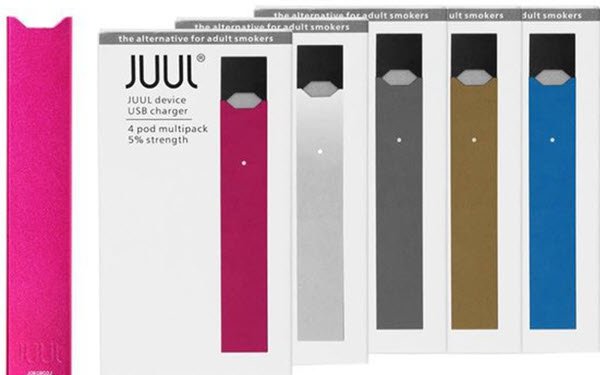 Now that Juul Labs Inc. has tentatively agreed to pay $438.5 million to settle litigation with 33 states and Puerto Rico, it can focus its non-marketing resources on battling the federal government over the company’s e-cigarette products.

Under an agreement in principle announced Tuesday by the Texas attorney general, Juul would be subject to no fewer than 15 advertising and marketing restrictions.

The settlement comes following a lengthy investigation of the company’s tactics that resulted in a class-action suit.

A probe led by Connecticut, Oregon and Texas concluded that Juul had “relentlessly marketed to underage users with launch parties, advertisements using young models, social media posts and free samples,” Texas Attorney General Ken Paxton said in announcing the agreement. “With a technology-focused, sleek design that could easily be concealed, Juul sold its products in flavors known to be attractive to underage users.”

If the settlement is finalized, Juul would be prohibited from depicting anyone under age 35 in marketing, paying for product placement, participating in sponsorships and naming-rights deals, using paid influencers, and offering free samples.

It would be allowed to advertise on platforms where at least 85% of the audience is adults, among other stipulations.

“We remain focused on the future as we work to fulfill our mission to transition adult smokers away from cigarettes — the number one cause of preventable death — while combating underage use,” Juul said in a statement.

But Juul still faces a potentially more devastating challenge: Achieving approval from the U.S. Food and Drug Administration (FDA) to keep its e-cigarette products on the market at all.

As previously reported, in June, the FDA banned retail sales of Juul’s e-cigarettes, but an appeals court blocked the ruling.

Now the FDA, which subsequently admitted it had acted too quickly, is undergoing a review of its tobacco programs by the nonprofit Reagan-Udall Foundation.

Meanwhile, Juul’s legal and regulatory woes have been a blessing for British American Tobacco’s Vuse e-cigarettes.

“Since Juul started to rehabilitate its image, disposable e-cigarettes made by other manufacturers have eaten away at Juul’s market share, becoming the dominant players in the market for young people,” Kevin Schroth, associate professor at the Rutgers Center for Tobacco Studies, tells Marketing Daily.

“This new group of disposable e-cigarettes are now a greater public health concern than Juul, but they would not be where they are if Juul had not blazed a trail for them.”

In Altria’s second quarter, ended June 30, the company said it recorded an unrealized loss of $1.2 billion “as the result of a decrease in the estimated fair value of our investment” in Juul.

The decrease — to an estimated valuation of $450 million — was attributed to, among other things, “uncertainty created by the FDA’s action related to Juul and uncertainty relating to Juul’s ability to maintain adequate liquidity.”

It could take a month or longer for the states involved in the Juul tentative settlement to finalize and execute it.

The proposed settlement would be paid out over a period of six to 10 years. If Juul opts for the 10-year time frame, the settlement could total $476.6 million, instead of the $438.5 million for the minimum timeframe.