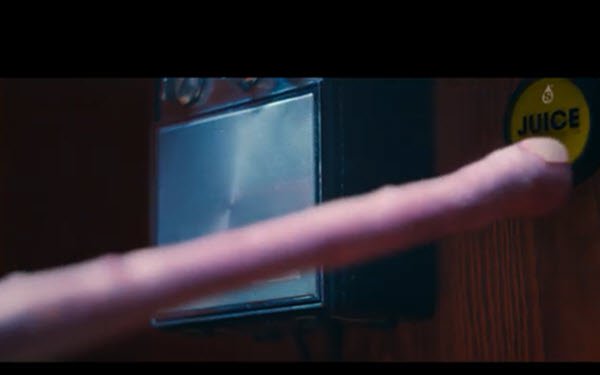 Starburst is taking to outer space in an attempt to answer the nearly decade-old mystery behind the origins of the candy’s juicy taste.

The latest creative variation in the Mars Wrigley brand’s “Unexplainedly Juicy” platform is intended to tap into Gen Z’s above-average interest in all things cosmos by encouraging them to upload TikTok videos that might end up in outer space.

Suitably, the new “Ask The Universe” campaign is populated by humans who communicate with “fruit people” and a “slacker alien.”

One spot from the DDB agency shows the humans and fruit people being connected. In another (above and in video below), an alien displays his inhuman juice-generating technology.

Humans who submit a TikTok video by Oct. 14 that purports to explain Starburst's taste (tagged #BeamItUpStarbust) could end up having their work beamed into space via the SpaceSpeak website.

“Core to [the Starburst] brand’s DNA is the spirit of curiosity, wonder and imagination,” Mars Wrigley marketing director Martin Terwilliger tells Marketing Daily. “We’re now turning to the cosmos, the universe — to any extraterrestrials that may be out there listening.”

According to Terwilliger, SpaceSpeak uses radio waves to convert content — whether text, audio or video — so as to make it transmittable into "space/eternity.”

Has SpaceSpeak ever received a response from its transmissions? “I don’t know,” he admits. “Hopefully this will be the first one, if they haven’t.”

The campaign is based in part on survey data cited by Starburst indicating that 63% of the Gen Z cohort has an interest in space compared to the U.S. average of 49%.

To help spread the word, the brand has tapped influencer Kirsten Banks.

“It makes a ton of sense given her background,” Terwilliger notes. “She’s a national physicist, a space enthusiast and an influencer who develops beautifully creative content.”

How will Starburst decide which TikTok videos get launched on SpaceSpeak? “We don’t have a limit in terms of the number that we send out,” Terwilliger says. “What we’ll be looking for is a high degree of creativity, fun and imagination and a diversity of messages.”