Is This Dollar Stores' Moment To Shine? 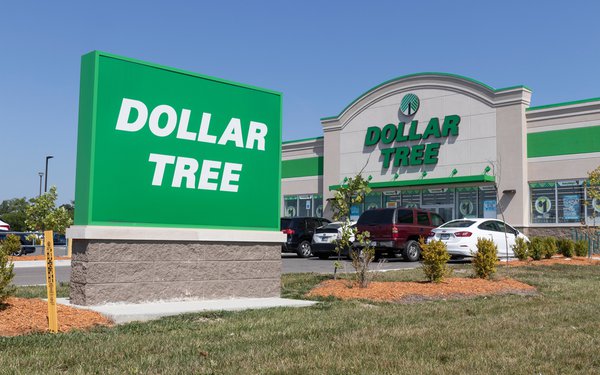 Shell-shocked by grocery prices, even the affluent are changing how they shop. Dollar General reported that those earning between $75,000 and $100,000 are its fastest-growing segment. And in a sign that the category is more competitive than ever, Dollar Tree recently cut its profit forecast to keep lowering prices to woo more consumers.

Marketing Daily: People who've never shopped at a dollar store are often surprised to realize how much food they sell–including refrigerated and frozen foods. Where do they fit in America's store landscape?

Ed Johnson: That began a few recessions ago, and the uptick in food sold has been significant. There are tens of thousands of these stores now, far more than discount stores. That itself is impressive. And they've got a strong appeal for people living on a fixed budget. Their teams have exerted more power with manufacturers to get better deals. They are tough negotiators with vendors. And they're very creative.

Marketing Daily: How so?

Johnson: They think about packaging differently, and often make a dollar-oriented version of a product. Sometimes that means taking food out of a package to keep something affordable. They'll figure out a way to make a private-label offering or sell a manufacturer's lower-tier brand.

And they've entered categories that have been historically harder to operate, such as fresh dairy or a frozen food section in a smaller community. And they've done it profitably.

Marketing Daily: There are reports that more middle and upper-income people are trying out dollar stores. Have you seen that yet?

Johnson: We have a database of about 300 million credit and debit cards. Generally, consumers prioritize their wallet towards experiences: traveling again, fuel, and out-of-home dining. Even as inflation is happening, that trend hasn't gone away. But we are starting to see evidence that they're making different purchase decisions in terms of where they're buying. We see more at the places you buy everyday essentials and less in discretionary categories: home, home office, sporting goods and some of the department stores. So far, we are not seeing a major shift in spending toward the dollar stores.

But it's different when you look at the communities where dollar stores play. They're often in rural areas, where there are no other stores within a mile radius -- no superstores, discounters or grocery chains. Often, they are in what we would consider food deserts.

Marketing Daily: They've also done well because they think small, both in store square footage and products. They understand that many shoppers can't spring for the six-month jumbo size of detergent from Sam's Club or Costco. Right now, they can only afford a week's worth.

Johnson: The question for dollar stores and all stores is how they fulfill value. Upper-income cohorts are finding lots of value through e-commerce. Bulk purchases may be out of the question for lower-income shoppers. There's a race between the convenience yet cost-effectiveness of a retailer.com app on your phone versus the value you know you'll get at a dollar store. It would be a mistake to just think of them as brick-and-mortar stores

Marketing Daily: They offer ecommerce, but it's not extensive.

Johnson: If they are to continue to grow, they'll need to curate better omnichannel capabilities: click-and-collect, the endless aisle, and all that in-store tech that provides a seamless experience.

Marketing Daily: No matter the income, inflation means we all have less to spend. Even though Deloitte hasn't noted a dip in experience spending, do you think we'll get there?

Johnson: Eventually. And people are already making different choices within the store. As packaged-food manufacturers are now lapping two, three and four rounds of price increases, people are even thinking about alternatives to fresh food. Dining out could become too expensive for some homeowners.

You've got to have your 2,000 calories a day, right? So when you see big changes in the cost per unit, you see real shifts in consumer behavior.

Marketing Daily: Will behavior change once inflation begins to ease?

Johnson: An expression in economics is that prices are sticky in one direction. They tend to go up and not come back down. Manufacturers don't usually lower costs. They do it through promotions. For most of the pandemic, we saw an increase in wages, with low inflation. In the last year, the Consumer Price Index spiked, and average hourly earnings started to come down. People are feeling less wealthy.

To regain equilibrium, if history is our guide, we'll need a period of price stability and earnings coming back up.