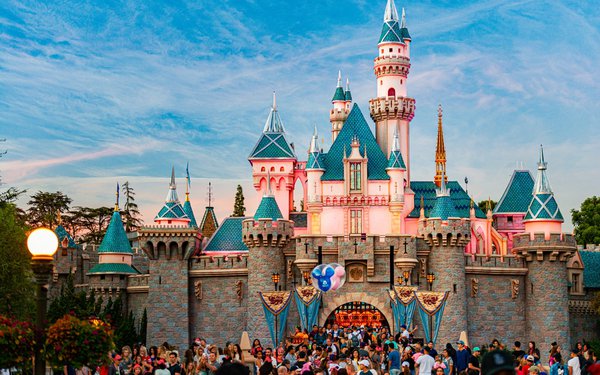 Keeping streaming subscribers on a service will continue to be a tough task. “Churn” has always been a big deal -- that is, losing customers on a month-to-month basis depending on whether your favorite show has a new season of episodes coming up.

But what if big media services can find ways to tie in more associated, regular consumer purchasing chores to help that along?

Amazon would seem to have a big head start for the Amazon Prime Video service -- considering that its overarching Amazon Prime membership program has some 153 million subscribers in the U.S. alone -- and another 50 million internationally.

Now Walt Disney is looking to do much of the same thing, but on a smaller scale, starting up a deeper membership plan for consumers.  This would connect its physical experiences -- theme parks, cruise lines, and destinations, as well as consumer product and ecommerce -- with streaming.

Disney has had a longtime membership focus on its theme parks and consumer products -- the D23 Official Fan Club, which costs $99.99 to $129.99 a year. Now it wants to expand this.

The bigger question is where this leaves premium streamers with lesser connections -- such as HBO Max, Peacock, and Paramount+.

Parent companies of those platforms do not have a wide range of consumer-buying activity.

Comcast Corp's NBCUniversal might be the closest to a competitor with Disney. It has NBCU theme parks -- and in a more tangential connection, has made it a priority to promote "shoppable" ads connected to TV and movie content to draw in consumers.

We all know what is key here:  The ability to glean more consumer data -- with first-party data the new gold rush for many marketers. Recently, NBCUniversal signed on General Motors as its first client for its identity graph -- first party data available for matching and analysis with other marketers first party data.

Media companies should also take a hint from the example of T-Mobile with its mothership mobile service. It can now package home broadband into deals, and offer an ever-increasing level of other services -- including long-term monthly access to discounted (or free) deals on Netflix, Paramount+, Pluto TV for new and existing mobile subscribers.

Recently it made a major shift with a permanent connection in offering Apple TV+  free as long as consumers keep their base-top Magenta Max service. Under some plans this also includes 30% off theme park pricing, exclusive access to concerts/festivals; and discounts on gas pricing (Shell); and travel offers from Priceline.

Apple has been considering the same thing -- a broader membership/subscription plan. This is based on the existing activity of the majority of current iPhone owners who pay for phones under a regular monthly installment plan, which then get bump along to new iPhone releases.

For the likes of top streamer Netflix, a loyalty program may not currently be top of mind currently. But consider that streaming competition will only become more intense.