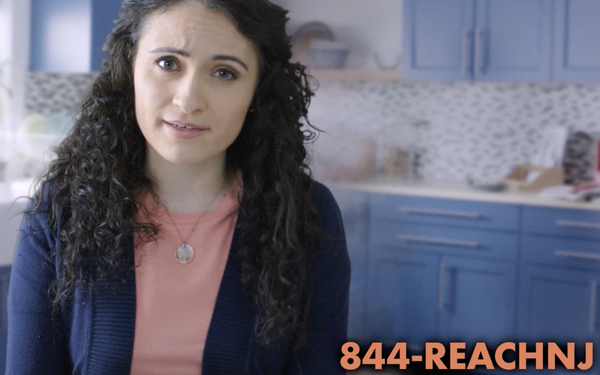 Three years after New Jersey’s Department of Human Services began running ads aimed at getting drug-addicted residents to call a treatment hotline, the effort has stepped up this month with a multifaceted campaign largely targeting the opioid-addicted in a state where a reported 3,000 people die from that cause annually.

Only about half the ads actually mention opioids, however -- at least partly because many people addicted to opioids don’t know that’s what they’re actually taking, explained Rachel Schulties, COO of Marketsmith , the agency behind the campaign.

Besides a general audience, specific groups being targeted are student athletes and pregnant women, along with health care providers (the latter strictly for education and awareness purposes.) All three targeted groups are being reached through digital media, along with out-of-home at youth sporting events to reach the athletes, print ads to reach health care providers, and OB partnerships and mommy blogs to reach pregnant women.

Success of the ads is largely measured by how many calls come in to the hotline, Schulties told Marketing Daily. In past campaigns, call volume rose 80% to 85% during weeks when ads were running and, in the first week of the current campaign, a record number of calls were made, she said.

According to Innova, three in 10 local adults either suffer from, or know someone who suffers from addiction -- but nearly half of adults (46%) would be afraid to seek care out of fear of being judged by such groups as family members, employers/employees and friends.

And while 95% of respondents feel they know the signs of addiction (e..g., changes in behavior and physical appearance, difficulty focusing), only 50% said they'd be comfortable having a conversation if they suspected a family member or friend was suffering from addiction.

Marketsmith wouldn’t say how much is being spent on the new New Jersey campaign, although Schulties did say the spend has doubled in some channels compared to past efforts.

Meanwhile, Allied Market Research on Friday valued the global opioids market as $4.4 billion in 2020, with North America accounting for some 45% of that.  That number is expected to grow at 3.2% annually to $6.1 billion through 2030. Leading companies in the field include Purdue, Jannsen, Allergan and Pfizer.

And lawsuits against industry players’ culpability in opioid addiction from U.S. states, cities and counties aren’t going away, nor are massive settlements.

On Monday, for instance, Reuters reported that Teva Pharmaceuticals expects to finalize its settlement of $4.35 billion over the next 13 years by the end of this year.

Such money has helped New Jersey in its addiction outreach efforts, with the state noting that $641 million obtained through nationwide settlement agreements reached last year will be divided among the state and local governments over the next two decades.