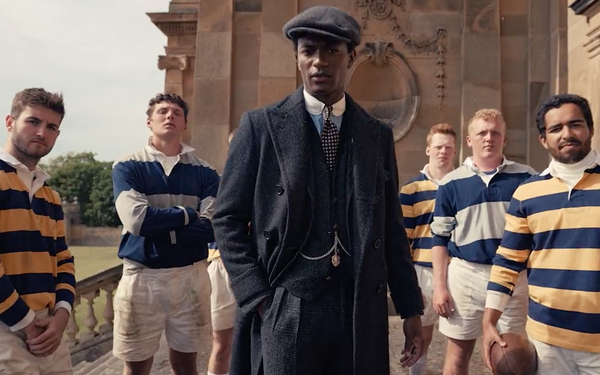 At Ralph Lauren's first Investor Day in four years, held recently, the brand spent some time demonstrating just how far it has come in its transformation since then, adding 20 million new consumers through its direct channels. The message quickly moved on to what the company hopes to accomplish in the next three years, charting an ambitious growth plan that promises to return $2 billion to shareholders.

The new strategy focuses on three core initiatives. First, it intends to elevate and energize its status as a luxury lifestyle brand, says Patrice Louvet, president and chief executive officer. “Brand perception has strengthened, with 74% of consumers now perceiving us as a luxury brand,” he said in a presentation webcast for investors. “In the U.S., it’s 80%.”

Second, Ralph Lauren's out to “drive the core and expand for more.” That includes pushing its success in men’s products, which already account for half of its business, into women’s. It’s also looking into the next generation of “high-potential, under-penetrated categories focused on consumers’ evolving lifestyles and approach to wardrobing.”

And third, Ralph Lauren will intensify its geographic strategy, winning in its top 30 cities in its consumer ecosystem.

Over the next three years, the New York fashion brand expects to accelerate revenue growth to a compound annual growth rate of mid- to high-single digits. It says its profits are expected to exceed that growth rate, even as it invests between 4% and 5% of yearly revenues in capital expenditure.

Much of this, Louvet says, “is thanks to our unique portfolio of marketing assets.”

The event impressed some observers. “What stood out to us was management’s commitment to further average unit retail, which has increased 64% versus fiscal 2018,” writes Gabriella Carbone, an analyst who follows the company for Deutsche Bank.

Part of brand's clout comes from working with such celebrities as Jennifer Lopez, Lady Gaga and Alicia Keys. Then there are high-impact media moments, including designing uniforms for the Team USA for the Olympics and the company's involvement with professional tennis and golf.

Increasingly, Lauren says, the brand is working on building connections with younger consumers, connecting with digital gamers and continuing its growth in the metaverse.

Both executives stress the company’s commitment to expanding into what’s new while keeping the same brand essence.

“It never was about just a store,” Lauren says. “It was about being invited to his [Ralph Lauren's] home and feeling that warmth. People love to wear these clothes and feel part of a dream.”

“We plan to be the leading luxury lifestyle brand in the world, even in a continued volatile environment,” Louvert says. And looks still count for everything. “Timeless style grounds us,” he says. “Always has and always must.”