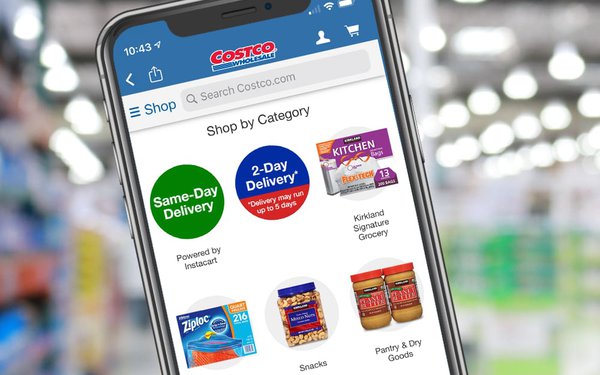 Costco announced financial results that beat expectations. And while much of its sales gains can be chalked up to higher prices, the company says consumers’ underlying shopping behaviors are steady. It also reported a record level of membership renewal.

The Seattle-based warehouse club, famous for selling everything from electronics to coffins to clothing, has grown to be a bellwether for middle-income shoppers. And for the fourth quarter of its fiscal year, sales gained 15.2% to reach $70.76 billion, up from $61.44 billion in the comparable period last year. Net sales for the fiscal year increased 16.0%, to $222.73 billion, from $192.05 billion in the previous year. In the U.S., comparable sales rose 9.6% and 10.4% overall. Ecommerce notched a gain of 8.4%.

In a conference call webcast for investors, Richard A. Galanti, executive vice president and chief financial officer, says Costco ended the year with 65.8 million paid members, an increase of more than 6%. Renewal rates rose to a record 92.6% in the U.S. and 90.4% worldwide.

The company says it has no immediate plans to increase membership fees.

Penetration in its executive membership hit 44%, another record, with more shoppers signing on for the much-heftier annual fee in exchange for a 2% yearly reward.

“We haven’t seen any big change,” he says, when asked about the health of consumer spending. And spending on Kirkland Signature, its popular private label brand, has remained constant.

And while sales of fresh products, which drove outsized growth at the beginning of the pandemic, have slowed, they continue to be strong.

While Costco, with 838 warehouses worldwide, has been wrestling with inflation running at about 8%, “we are starting to see some light at the end of the tunnel,” said Galanti.

The news reassured observers, who are watching retailers closely for indications that people are cutting back on spending due to economic turbulence.

“The Costco train remains on track and well positioned to take share in any economic environment,” writes Peter Benedict, an analyst who follows the company for Baird.

“We continue to see Costco as one of the most competitively advantaged retailers worldwide,” writes Zain Akbari, an analyst who follows Costco for Morningstar, citing its ongoing resilience despite inflation.

“Sales momentum remained strong to finish the year,” he says. “With consumers focused on value amid inflation and economic uncertainty, we are not surprised that members continue to look to Costco for savings.”