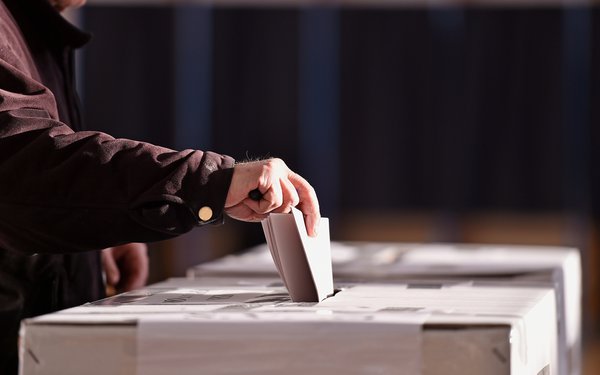 Former President Trump has around $92 million from his fundraising political action committee (PAC) network -- one of which includes MAGAA Inc. (Make America Great Again Again), according to Federal disclosures.

Is that potential TV advertising spending for wannabe Trump-friendly wannabe GOP-ers? Maybe not so much. Perhaps it's just going to one candidate -- say, in 2024.

Some feel these funds should go to supporting Senate and/or House Republican candidates.

But that's not what candidates are really getting. Instead, it mostly comes in the form of a short, onstage appearance from the former President -- as well as a virtual or real “bear hug” --- according to Vaughn Hillyard, an NBC News correspondent.

How much is that really worth -- marketing-wise?

Analysts are wondering what candidates really get. Typically, political candidates want money and lots of it -- to spend on TV advertising -- to support their potential runs.

From the perspective of TV stations, networks and streamers, there are no worries.

Political advertising -- from rising Democratic political contenders and Republicans fundraising -- are expected to see midterm and possibly new overall records of around $4 billion this year, according to estimates from media researchers including Kantar and other sources.

But there are some concerns that GOP fundraising isn’t all that it's cracked up to be.

So Trump-directed Republican TV spending is the focus from many -- potentially showing his true backing. With Trump still the big leader in the party, many are thinking that the phrase “put your money where your mouth is” is even more important.

Consider the real value of the former President's appearance at recent political events. Much of the event, perhaps 90% of the content, according to observers, doesn't talk about those local and regional candidates. Rather it's the former President moaning about FBI searches and criticism of the New York State Attorney General for the state's massive civil lawsuit against Trump.

Some would say that to an extent this is working, anyway. About half of Trump-supported candidates have gone through the primary season process with lots of that earned-media "bear-hug" TV exposed marketing.

But the November elections are where the rubber meets the road.

Bear hugs must come with a lot of love. The Financial Times wrote that Trump's "Make America Great Again, Again!" PAC raised just $40 in August. That's right, $40 -- thisafter bringing in $351,000 in July and zero in June.

But overall there is still money to be spent -- some time. Politico says this could start soon -- on Trump himself. The report says this would welcome news for Republicans who've seen their Senate candidates vastly outraised by Democrats.

Still, many are asking a big question:  Who is going to be left behind?